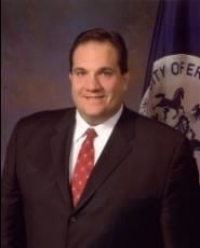 On March 4, the city of Cleveland Heights announced that Mayor Kahlil Seren had selected Joseph E. Sinnott, a former mayor of Erie, Pa., to be the city's first city administrator. At the March 7 Cleveland Heights Council Committee of the Whole meeting, Seren formally proposed a resolution, on first reading, asking city council to confirm Sinnott's appointment.

Council President Melody Joy Hart stated that, per the city's charter, and unlike other administrative hires, council is charged with approving this position. She recommended that council announce its decision at its March 21 meeting, and asked Seren's office to reach out to Sinnott, to schedule an interview with council in advance of that date. All council members agreed that an in-person interview would be preferable to a virtual one.

Seren noted that appointing the city's first administrator is a "monumental moment" in the city's history, and stated, therefore, that council should not shield the vetting process from public view. Hart agreed, saying that council members would interview Sinnott during a committee of the whole session, but deliberate his appointment in executive session.

The press release announcing Sinnott's appointment detailed some of his past experience. In addition to serving as Erie's mayor, Sinnott is an attorney who graduated from Case Western Reserve University School of Law, and is a former resident of Cleveland Heights.