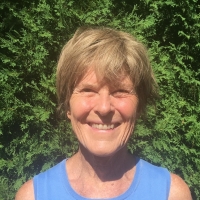 Dunbar stated that she had been diagnosed with Parkinson’s disease, explaining, “When I was re-elected for a third four-year term on city council, in November of 2019, I expected to be serving on city council until 2024. Something unexpected has come up.” The rest of her statement follows:

“At the end of January 2020, I was diagnosed with Parkinson’s disease. Ever since, I have been trying to understand the disease and how best to cope with it. I have studied up on Parkinson’s, done a lot of physical therapy, participated in three clinical trials, and started taking medicine for the disease this year.

“Parkinson’s is a progressive disease, meaning it gets worse over time. There is no timetable for whether it progresses rapidly or slowly; each case is individual. I feel my case has been going fairly fast, and find I am unable to do as many things as I used to be capable of. There is presently no cure for Parkinson’s.

“I have no family in the Cleveland area. My older son and daughter-in-law live in Hanover, N.H., and would like me to move there so that they can help me out and keep an eye on me. So, I will be moving into an assisted-living facility in Hanover, N.H., probably by the beginning of October. This is why I am resigning from city council tonight—now.

“Making this decision has been hard for me. It has been stressful. But I must do it.

“In conclusion, let me say, it has been an honor to serve the citizens of Cleveland Heights as a council member. Having lived in Cleveland Heights since 1970, I have enjoyed this wonderful city, full of many wonderful people, who love this place as much as I do. I hate to leave, and I’m sorry that I must.

“I wish you all the best. I have enjoyed working with our caring and committed council members and city staff, to make Cleveland Heights the best it can be. That’s it. And that certainly makes our earlier discussion about how to handle council vacancies [in the] Charter Amendment relevant."

After Dunbar concluded her statement, the other council members present at the meeting—Kahlil Seren, Michael N. Ungar, Davida Russell, Melody Hart, and Craig Cobb—spoke to and about Dunbar, praising her service to the city and her legacy, and relating their experiences knowing and working with her.

Commenting on behalf of city staff, City Manager Susanna Niermann O’Neil said to Dunbar, “I can tell you that we all depended on you for your common sense and your wonderful understanding of issues, and how supportive you have been of us, understanding the pressure that staff has, and being very attentive to giving us the time that we would need on certain projects. You are part of the fabric of who we are, and we will never forget you.”

On behalf of city council, Seren (who presided over the meeting in his role as vice president of council, in the absence of President Jason Stein) presented Dunbar with a proclamation in gratitude for her service and dedication to the city and its government. “You have provided invaluable service, and we all respect and appreciate what you’ve given us,” Seren said to Dunbar.

Before concluding the night’s meeting, Seren briefly addressed the new council vacancy, saying, “I will assure the community and council that we will work posthaste to complete the task that’s before us now, to fill the vacancy on council. We will be accepting applications starting tomorrow, to fill that vacancy.”

As of Aug. 18, there was no announcement of Dunbar’s resignation on the city’s website, though Dunbar no longer appeared on the City Council page. In the left menu of that page, a City Council Application link appeared at the top, but it was not active.

The Heights Observer has reached out to a council representative, to inquire when the application link might be active, and to ask if council has any clear procedures, deadline or time frame for appointing someone to fill the vacant seat for the remainder of Dunbar's unexpired term. It took Cleveland Heights City Council members one year and 13 days to fill the last council vacancy.

The Heights Observer also asked if council would consider appointing the fifth-highest vote-getter in the Nov. 2 CH City Council election race. Four open council seats will be on Cleveland Heights ballots on Nov. 2. There are six candidates vying to fill those seats.

Update: As of Aug. 26, the Heights Observer had received no response from council regarding the questions detailed above. On Aug. 25, an announcement on the Cleveland Heights website stated that city council had that day—after consulting with the Cuyahoga County Board of Elections (BOE) and reviewing the city charter—authorized a special election to occur on Nov. 2, Election Day.

The city announcement instructs candidates interested in serving out the remainder of Dunbar's unexpired term, through Dec. 31, 2023, to file nominating petitions containing the signatures of at least 50, and no more than 150, "qualified electors" with the BOE by Tuesday, Sept. 7, at 4 p.m.

Electors should be aware that they can only sign one candidate's petition, as there is only one seat to be filled in this "special general election."

The city's announcement, as well as links to the ordinance authorizing the special election and the information sheet about it, can be found on the city's website.