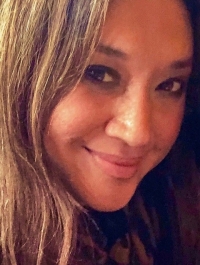 Two Cleveland Heights residents are among those who will present 32 ideas to improve Greater Cleveland at Accelerate: Citizens Make Change, a civic pitch competition, Feb. 22–25.

Presented by the Cleveland Leadership Center in partnership with Citizens Bank, the event will be virtual for the first time since its 2015 debut. It has launched dozens of initiatives that impact everyone from pre-kindergarteners to seniors.

The Cleveland Heights presenters are:

Lauengco, whose family moved to the U.S. from the Philippines when she was an infant, said she felt like a “cultural chameleon” growing up in rural northwestern Ohio. When she visited the Philippines as an adult with her mother, she said, “I had to either defend being American or become more Filipino.”

Lauengco wants to use her background as a brand strategist and designer to make multiculturalism and diversity less abstract; not corporate or mandated, but celebrated. “It’s about a feeling of belonging," she said.

Boeke, a high school English teacher, is pitching with her twin sister, Sarah Pottle. Their efforts using plants to naturally dye textiles led them to the national fibershed community, which seeks to reduce the climate impact of fossil fuels in manufacturing fibers such as polyester. In 2018, they co-founded the local fibershed, which encompasses parts of Ohio, Michigan, Pennsylvania and New York,

A trial project in Newbury showed flax could be grown here as it had been until the 1900s. Now, Boeke and Pottle want to expand the network of farmers, processers and consumers. “Using flax is regenerative—for people and the environment,” Boeke said.

The preliminary Accelerate rounds will be livestreamed Feb. 22–24. Community leaders will judge and select one finalist from each of six categories. Finalists will pitch their ideas live on Feb. 25, and viewers will select the winner, who will receive $5,000. Runners-up each will receive $2,000.

The event is open to the public. Information and pay-what-you-can tickets are available at www.cleveleads.org/Accelerate. For one purchase, a household can access livestreams of the preliminary category competitions, a competition for ideas leveraging technology, and the finals (including voting); and can watch recordings of all pitches.

Cleveland Heights resident Allison Hite was a finalist at Accelerate 2019 for her inspiring storytelling project, Never, Ever, Give Up Cleveland. She recently compiled some of the stories into a book.