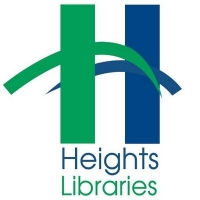 The just-released Star Library report is based on 2018 statistics, so does not reflect the impact COVID-19 has had on public libraries since spring 2020.

Heights Libraries has earned the five-star designation in 10 out of the 13 years that Library Journal has published the ratings; it received a four-star rating the other two years.

Library Journal is a trade magazine that reports news about the library world, emphasizing public libraries, and has a nationwide circulation of 100,000.

Libraries are categorized by yearly expenditure and rated on criteria that includes circulation of physical items and eMedia (such as eBooks), visits, program attendance, public computer use and WiFi sessions.

Heights Libraries circulation came in at 30.33 per capita in its service area of roughly 58,000 residents, up from a previous high of 29.3, meaning that roughly 30 items were circulated for every resident in the Cleveland Heights-University Heights service area. Visits per capita averaged 13, program attendance averaged .89, public computer use was 4, WiFi sessions were 2.37, and eMedia circulation was 2.56.

"Over the past few years, our community has been using the library more and more. In fact, we reached our highest circulation numbers ever in 2019, with just a little over 2 million items loaned out or downloaded,” said Heights Libraries Director Nancy Levin. “Even now, with shutdowns due to COVID-19, our community members are still borrowing items, attending virtual programs, taking advantage of free WiFi outside our buildings, and getting help on the phone and online with things like reference questions, tech questions, and even limited printing services.”

“People need us now more than ever,” Levin continued, “and we are finding new ways to help them safely with services like virtual resume help, online storytimes, and free online tutoring services.”

The entire state of Ohio did well in general in Library Journal’s rankings, compared to the rest of the nation. Ohio, with 31, was second only to New York State, with 34, in terms of the number of libraries that received star ratings.