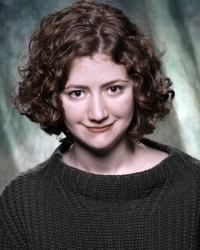 Angela Zawada, the Chancel Choir soprano soloist of the First Baptist Church of Greater Cleveland, will present a recital of classical works at 1 p.m. on Sunday, March 8, in the Gothic sanctuary of the church at 3630 Fairmount Blvd.

The program will feature works by Handel, Mozart, Schumann, Fauré and Samuel Barber, spanning several musical periods and languages. Visions of night and dreams trace a path through the program from “O Sleep” from Handel’s oratorio Semele, to Fauré's "Apres un rêve" ("After A Dream") to Barber's “Sure on this Shining Night.” The program also features fiery pieces, such as Fauré's “Fleur jetee," with its virtuosic piano score, performed by Adam Whiting, a Cleveland School of the Arts faculty member.

As a soprano soloist at the church, Zawada has performed solos from works by Handel, Mendelssohn and Saint-Saens, and participated in theater productions of Les Misérables and Evita presented by the Happy Ending Lyric Players, the church's resident performing arts company, now in its 44th season.

Zawada holds a bachelor’s degree from the University of Notre Dame and a Master of Music degree from Roosevelt University. A recent addition to the music scene in Cleveland, she was active in the opera scene in the Chicago area, with such companies as Chicago's Folks Operetta, Sinfonietta Bel Canto, Katydid Productions, Main Street Opera and Lingerie Lyrique. Zawada was a founding member of, and a performer with, Chicago’s VOX 3 Collective, which specializes in performances of art song literature. She is currently studying with Richard Anderson in Cleveland.

The recital is free and open to the public. Voluntary donations will support the music and fine arts program at First Baptist.

G. Michael Skerritt is a retired engineer and a member of the First Baptist Church. Music and theater are his avocations.