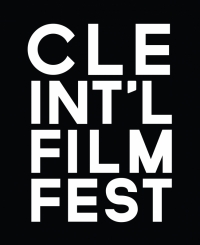 The 44th Cleveland International Film Festival (CIFF) will return to its Heights roots in April 2020.

With generous support from PNC Bank, CIFF East will take place at the Cedar Lee Theatre the second weekend of the festival, starting on the evening of Friday, April 3, followed by two full days of programming on Saturday, April 4, and Sunday, April 5. There will be 18 screenings at the Cedar Lee throughout the weekend, comprising features, documentaries, shorts and family films.

Cedar Lee Theatre owner Jonathan Forman founded CIFF, the annual festival of films from around the world, in 1977. That year, the festival screened eight films over eight weeks at the Cedar Lee Theatre.

FutureHeights, Cleveland Heights’ community development corporation, is also a sponsor of CIFF, and FutureHeights members can receive a $1 discount off ticket prices by using a special discount code. Members should contact FutureHeights at 216-320-1423 or info@futureheights.org to receive the code.

During CIFF East, the city of Cleveland Heights will offer free 24-hour parking at all metered spots on Lee, Meadowbrook, and Silsby roads; in lots 5, 16, and 17; and in the Cedar Lee district's municipal parking deck; from 9 a.m., Friday, April 3, through 9 a.m., Monday, April 6.

CIFF44 will be held March 25 through April 5 at Tower City Cinemas. More than 600 screenings will take place during the 12 days of the festival, and 400 guest filmmakers from around the world will visit Cleveland during the festival.

Fickets go on sale to CIFF members on Friday, March 6, 11 a.m., and to the public on Friday, March 13, 11 a.m. They can be purchased online, by phone, or in person at the CIFF Box Office in the lobby of Tower City Cinemas. Day-of-show tickets, when available, can be purchased at the theater where a film is being shown beginning one hour prior to the start of the screening.