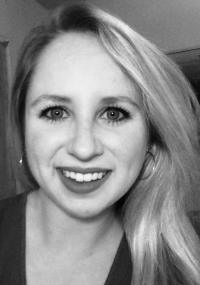 University Heights Mayor Michael Dylan Brennan expected to learn more about the Cleveland Heights-University Heights City School District at its Convocation Day back in August. What he didn’t expect, however, was to be entertained.

“I figured there’d be some speeches and a presentation or two,” Brennan said. “I didn’t count on there being an emcee who’d be putting on a performance like Tina Fey or Amy Poehler hosting the Golden Globes.”

Brennan knew then he had found his emcee for the upcoming University Heights Civic Awards.

The school event’s emcee was Maggie McPhee, a Spanish teacher at Fairfax Elementary School. In addition to her education training, McPhee has a background in dance, musical theater, sketch comedy and improv.

“I want the Civic Awards to be a fun, lively affair,” Brennan said. “I saw Maggie make the Convocation Day assembly exciting, and I’m sure she can do the same with our event.”

After a nine-year absence, the University Heights Civic Awards return on Wednesday, Nov. 14, 6:30 p.m., at the Jardine Room on the campus of John Carroll University.

In addition to McPhee hosting the awards dinner, the Mal Barron Quartet will perform. Tickets are $25 and are available at Eventbrite.com.

The University Heights Police Auxiliary will be honored at the event, in celebration of its 50th anniversary. Awards will be presented for Citizen of the Year and Employee of the Year, plus several Good Neighbor Awards.

The new city brand will also be celebrated, with each attendee receiving a “swag bag” filled with items bearing the recently unveiled logo.

McPhee and Brennan have filmed three short promotional videos for the Civic Awards. The videos can be viewed on the city’s Facebook page and YouTube channel.