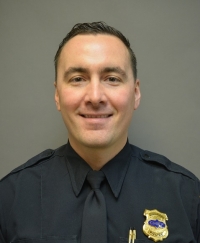 According to the University Heights mayor's office, Rogers joined its police department in August 2005, and in 2007 was voted the department’s union director.

His contributions to the department’s personnel policies include creating and implementing performance objectives for uniform shift officers, founding the formal recognition program, and completing a uniform bureau schedule assessment, which led to the department's implementing of 12-hour shifts.

Rogers graduated from the Northwestern University Center for Public Safety in 2015, specifically from its School of Police Staff and Command. He is currently enrolled at Cleveland State University as an undergraduate in its Public Safety Management program.

A press release from Mayor Brennan's office stated that, “in the time [Rogers] has been with University Heights, he has served with distinction.”

Rogers will act in an interim capacity while a hiring committee seeks applicants from both within and outside the department for the position. Details of the application process are forthcoming.