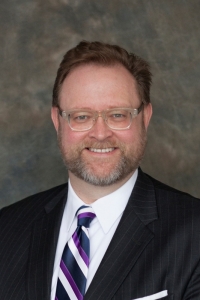 1. Balance of power: The University Heights charter sets forth clear distinctions in responsibilities between the mayor and council. That said, the mayor and council must work together on the issues facing our city: redevelopment and investment in our commercial districts (starting with University Square and Cedar Center), address rising crime, restore our eroded tax base, and develop a real master plan for the city and with that update our zoning code to reflect and implement our common vision. To do all this, we must collaborate and build consensus to create that common vision, one that honors our history while embracing the future. We have talented, hard-working, thoughtful people on council. As mayor, I will foster a nurturing and respectful environment for ideas, innovation, and progress, while implementing transparency in the executive and administrative functions of our city. Together, I am confident that we will restore harmony and balance to city government. Our city’s future depends on it.

2. Turnover: Over the last eight years, University Heights has had multiple building directors, finance directors, and service directors. With so much turnover in administration, service and communication with residents has been inconsistent. This negatively affects our residents and community, especially when it takes weeks to get a building permit or schedule an inspection, or when residents’ emails and phone calls go unreturned. Critical to attracting and retaining good people is creating a positive and rewarding workplace atmosphere, where you are a part of a culture of collaboration all to build a better city.  University Heights used to be a city where these positions were so desirable, that we attracted the best who then stayed until retirement. A change in culture at city hall can restore this, and that begins at the top.

4. Financial issues: The state has balanced its budget on the backs of local governments. Ohio eliminated the estate tax and reduced the Local Government Fund by 45% since 2010. Congress will likely reduce or eliminate Community Development Block Grants. In 2006, we raised our own local income tax from 1.5% to 2.5%. Because of this, UH has been better able to weather state cuts. In recent years UH has had a budget surplus, despite state cuts. I support reducing local taxes by increasing the local tax credit from 1.00% to 1.25%. This adjustment would bring about a half million dollars of relief to UH taxpayers, while still bringing in funds that UH needs to invest in our city to restore our eroded tax base, given the loss of businesses and rise in residential vacancies over the last eight years.State and federal cuts make it harder to deliver the high-quality services our citizens expect and deserve. As mayor I will lobby our state and federal governments for a restoration of those funds.

5. Crime: Crime is up for the third year in University Heights. Knowing that a stranger has entered your car or home is a gross violation of your personal space. I do not consider property crimes to be trivial. We should mark our police vehicles for visibility instead of stealth, hire one or two more officers, and engage in community policing. Increasing patrols and police visibility will discourage such crime. We must be more diligent acting on abandoned properties. Once declared a nuisance, they cannot sit for months without action, as happened recently on Tullamore Road. We should require banks to post a cash bond for maintenance and fix code violations as a condition to filing a foreclosure. As for rentals, annual inspections to enforce upkeep will ensure landlord accountability as well as safe properties for our residents who rent. This too will promote security and safety in our neighborhoods.Finally, we must restore the fire department. As mayor, I will do this and more.