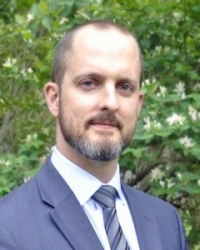 1. Judicial experience: I am a current acting judge in the Cleveland Heights Municipal Court, appointed 2 years ago by our retiring Judge A. Dean Buchanan. I sit on the bench as judge in the criminal, civil, and housing dockets, deciding cases, conducting pretrials, determining appropriate protection orders, setting bail, and sentencing those found guilty.

2. Unique qualifications: After graduating from Case Western University School of Law, I opened my practice here in Cleveland Heights, representing indigent defendants in our Court. In my 12 years as a practicing attorney, I have handled a vast array of every type of case that gets heard in our Municipal Court, including traffic and criminal cases, civil and small claims cases, evictions, and housing code violation cases. Hardly a working day goes by that I am not in some municipal court advocating on behalf of my clients. If I am elected Judge, I will bring that extensive courtroom experience to the bench.