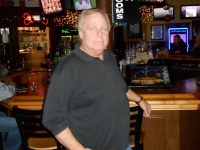 Michael Mercer inside the Coventry Panini's.

The Panini’s restaurant franchise on Coventry Road in Cleveland Heights has a new owner, Michael Mercer, who purchased the restaurant last November.

Mercer, 58, lived in Cleveland Heights for much of his life; as a child, he lived on Demington Drive for many years. His father, Robert Mercer, started the children’s hospital at the Cleveland Clinic.

Mike Mercer attended Roxboro Elementary and Junior High schools, and Heights High. At Kent State University, he majored in business and law enforcement, then worked for the Department of Safety and Security in the Cleveland Public Schools for eight years.

During that time, Mercer met Jeffrey Jacobs, who was developing the West Bank of the Flats. Jacobs opened Club Coconut, and Mercer became the club’s general manager. Mercer then opened the Howl at the Moon Saloon, which he ran for eight years. It was one of many restaurants, bars and entertainment venues in the Cleveland area with which Mercer has been involved. In addition to the aforementioned businesses, Mercer has been the owner and operator of other businesses in the Flats, including Power Play Gameroom and Club 1148.

In May of 1986, the first Panini’s restaurant opened on the East Bank of the Flats. Panini’s then opened a restaurant in Lakewood, and Mercer became the restaurant’s first franchise operator there.

“Panini’s was originally set up to be a sandwich and pizza place,” Mercer said. “Then, about 10 years ago, they re-did the menu, and it became a casual-dining menu.” In 2006, a Panini’s opened in Brunswick, and Mercer and Tim Swan ran the restaurant. Swan is now the general manager of the Coventry Panini’s. “He’s deep into the food service, and he really understands customer service,” Mercer said.

The Coventry restaurant opened about eight years ago. Prior to that, the location had housed the Hyde Park Steakhouse.

Since taking over the Coventry restaurant, Mercer has been making changes. He has enhanced the daily specials, and he has been adding more craft beers from Northeast Ohio breweries. He has also started a fundraising program for school groups and other nonprofit organizations. If one of those groups books a fundraising event at the restaurant, it can get 15 percent of the money brought in that night. “I really want to give back to this community,” Mercer said.

He has also made a deal with Big Fun, the toy store that is across the street from Panini’s. If someone takes a Panini’s receipt to Big Fun, that person can get a 10-percent discount on a purchase at the store.

One of the things Mercer said he really likes about the Coventry location is the outdoor patio. “We are fortunate to have such a nice patio, and we have nine TVs out there,” he said. Guests are now permitted to bring their dogs onto the patio.

In 1995, Mercer moved to Lakewood. Even so, he still loves Cleveland Heights. “I feel very comfortable in Cleveland Heights,” he said. “It’s a very friendly area, and it’s easy to get around the city.”