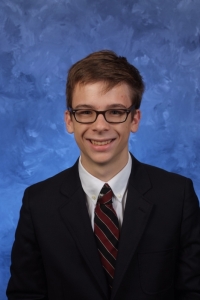 Shapard, who started his University School education in kindergarten, is the recipient of the 2016 Phi Beta Kappa Award. He is a Davey Fellow, studying classical music criticism, and is student conductor of the University School Chamber Orchestra.