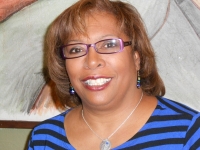 A large percentage of women in the United States and around the world are not having children, either by choice or because of circumstances beyond their control. In 2013, Time magazine ran a cover story about the changing demographic among women. According to the 2014 U.S. census, 47.6 percent of American women between the ages of 15 and 44 did not have children.

To address the needs and concerns of childless women, University Heights resident Karen Malone Wright started the TheNotMom website. It gets more than 10,000 visits and 35,000 page views each month. On Oct. 6 and 7, she’ll host TheNotMom’s second international conference at the new Hilton Cleveland Downtown Hotel.

“Mothers still represent the majority of women, even with a rise of women without children,” Wright said. “So for us, ‘I’m not a mom’ is a common self-descriptor. At the conference, these women enjoy the opportunity to come together and acknowledge the shared aspects of their lives.”

Wright, who got married in 1993, said she probably wanted to have kids more than her husband did. In 1997, at age 41, Wright was diagnosed with diabetes. She said she realized she was never going to have children, because her age and her health both became issues.

In February 2000, Wright decided to start her own business, Odyssey Creative Communications. Around the same time, social media started gaining in popularity. “I fell in love with it,” Wright said of social media. In 2009, she attended the Blogher Conference. “There were about 3,000 women there, and we really discussed all aspects of social media,” she said. Two years later, she attended the South by Southwest Interactive Festival in Austin, Texas, and afterward decided to start her own blog about women without children on Tumblr.com.

“I started hearing from so many people who were saying, ‘Oh, I am so glad I found you,’” Wright said.

In May 2012, Wright won a $5,000 award from Bad Girl Ventures, a business-development program for entrepreneurial women. She used the money to start her own website, www.thenotmom.com.

Wright’s first TheNotMom conference, held last year in Cleveland, drew more than 100 women from 17 states and five countries. “The conference was so great, and I am so glad I started it in Cleveland,” Wright said. “Women without kids have the time and money to check out restaurants and do other things that mothers can’t do.”

The theme of this year’s conference is Redefining Feminine Legacy, and the keynote speaker will be Jody Day, a psychotherapist who founded Gateway Women, a global support network that reaches about 2 million women who are childless by chance, not choice.