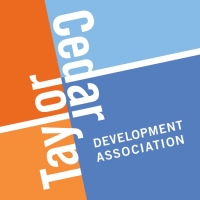 The Cedar Taylor Development Association (CTDA), with the support of FutureHeights, is holding a contest to commission an art installation for the Cedar Taylor Business District. The contest is open to any and all artists.

CTDA has a total of $3,000 to spend, and wants artists to propose what they want to do. Proposals could include, among other ideas, painting a mural on the side of a building, painting an abstract piece somewhere in the business district, or installing a sculpture. CTDA has no preferred medium, so creative proposals are encouraged, but it must be a permanent installation. It is up to entrants to determine what they can create for $3,000.

Due to the origin of these funds, the work must be installed in the Cleveland Heights portion of the neighborhood, defined as west of South Taylor Road, north to Washington Boulevard and south to Cedarbrook Road.

The CTDA Board of Directors will vote on the entries to determine three finalists, and the winner will be selected by a public vote through CTDA’s Facebook page (facebook.com/CedarTaylorDevelopmentAssociation) over a period of one week. The finalists will be posted separately, and the one with the highest number of “likes” after one week will be the winner.

Proposals, as well as any questions, should be submitted via e-mail to Kevin Smith at smithkp@gmail.com. Proposals are due by April 30.

Kevin Smith is president of the board of directors of the Cedar Taylor Development Association.