Luna expands in Cedar Fairmount and beyond 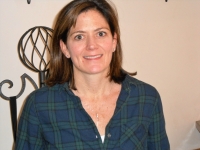 Luna Bakery and Café recently underwent an expansion—its second since opening in June 2011. The restaurant, located in the Cedar Fairmount Business District, took over a portion of the space previously occupied by The Mad Greek. This expansion adds 500 square feet to Luna, enabling the café to add about 25 new seats.

When Luna originally opened, it could seat only about 15 people inside, though a patio offers additional seating in spring and summer. In the winter of 2011, the restaurant added a back room, increasing the number of indoor seats to about 35. With its latest expansion, the restaurant can now accommodate about 60 people inside.

Luna serves a variety of fine French pastries, including croissants, scones, muffins, and nut and poppy seed rolls. The restaurant also serves breakfast and lunch. The breakfast menu offers scrambled eggs, egg paninis, oatmeal and granola, and the lunch menu includes a variety of panini sandwiches as well as crepes, salads and soups.

“We don’t use mixes,” said Bridget Thibeault, Luna’s co-owner. “We make everything here, including the salad dressings and the soups. It takes a lot of fine tuning to create everything we serve.” In addition, many of the menu items are made from products that are locally grown.

Thibeault, 42, grew up on South Overlook Road in Cleveland Heights and attended St. Ann and Beaumont schools. After graduating from Beaumont, she attended Marquette University in Milwaukee, majoring in advertising and marketing. She then spent about eight years in Chicago, working in advertising.

Near the end of her tenure in Chicago, Thibeault decided to attend culinary school. “As a creative outlet, I would always cook on the side,” she said. She earned a culinary degree from the Cooking and Hospitality Institute, and then moved to New York City, where she started a wedding-cake business called Flour Girl. “It was my side business,” Thibeault said. “I would make wedding cakes, cookies, pastries and other items.”

After two years, Thibeault moved back to Chicago. “I wanted to expand my Flour Girl business,” she said, “but I realized that it would be impossible in Chicago or New York because of the cost.” Meanwhile, she had also met Marc Thibeault, who would become her husband. “He was living in Cleveland, so I decided to come back home,” she said.

After returning to Cleveland in 2008, she did some recipe testing for Nestle and for the J.M. Smucker Company. She also taught cooking classes at the Viking Store at Legacy Village, and she became a pastry chef at fire food and drink, Doug Katz’s Shaker Square restaurant.

In the fall of 2009, Thibeault gave birth to her first child, a son named Cavan, and left Fire. The following year, she began working out of her house, making wedding cakes and pastries. Shortly after that, John Emerman and Tatyana Rhen, the owners of Stone Oven, contacted her to propose a business partnership. “John had seen the space at Cedar Fairmount, and he loved it,” Thibeault said. “When it became available, he found me on the Internet and contacted me about opening a bakery and café with him and Tatyana.”

The café has been extremely successful, and now has about 40 employees—twice the number it had when it first opened.

Luna’s owners are next planning to expand to Shaker Heights, where Luna will occupy a 100-square-foot stall in Market Hall—which Theibeault describes as a “high-end food court”—planned for the new Van Aken District development. “It’s not going to be a separate restaurant,” Thibeault said. “There will be 10 vendors, and communal tables, and we’ll be serving crepes and breakfast pastries.” The new market is scheduled to open in the fall of 2017.

Thibeault and her family, which now includes one-year-old daughter Cecelia, live on Shaker Road in Cleveland Heights. “I love how beautiful the area is,” Thibeault said. “It’s very family-friendly, and there are all of the parks and outdoor events here in the Heights. It also has easy access to downtown. It’s really a wonderful place to live.”

James Henke, a Cleveland Heights resident, was a writer and editor at Rolling Stone magazine for 15 years. He is also the author of several books, including biographies of Jim Morrison, John Lennon and Bob Marley. He is on the board of Future Heights, and he is the co-chair of the Heights Observer Advisory Committee.