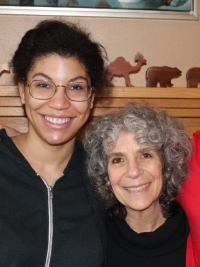 When Peggy Spaeth retired from Heights Arts two years ago, she thought she would spend her time gardening and walking her dog.

She had founded the lively arts hub on Lee Road and ran it successfully for 13 years.

But Spaeth is a woman of boundless creativity and resolve. Pretty quickly she turned her attention to developing something new: a program to help addicts in recovery. You might say, that’s a far cry from Heights Arts, but actually it’s pretty close to Spaeth.

“Addiction seems to touch every family. I know it has mine. Today my beautiful daughter has been clean and sober for five years. But there was a time when I feared I would lose her as so many others have...[lost their loved ones],” wrote Spaeth in the beginning of a fundraising letter.

The letter was from the board of Sober Living Cleveland, a new nonprofit Spaeth, and now others, are fashioning.

The group is poised to put its plan into action, and is developing a Sober Living Home in Cleveland Heights for those addicts who have completed treatment, and even a halfway house program. Often referred to as a three-quarter house, it allows independence yet provides support for those still in the recovery process.

People who work in this field say that if recovery is to be successful, the emphasis has to shift to providing longer support than previously thought.

“Our culture is so based on drinking and drugging. Part of a sober life is developing a community of people who are sober. The thinking now is that after acute care, recovery housing is a big part of developing sober living,” Spaeth said.

Spaeth grew the project in much the same way she did Heights Arts. “I would see people and talk about my situation and the need I saw,” she explained. “I would see a spark. We would agree to keep talking. Or they would say, ‘If you ever do something, call me.’ ”

In the fall of 2013, Spaeth called a group together and they began meeting. The group includes therapists specializing in recovery, lawyers, and an artist. Some of them are ex-addicts themselves, or have family members who are.

In 2007, drug abuse became the leading cause of accidental death in Ohio, according to the Ohio Department of Health, and the trend has continued. In 2013, more than twice as many Ohioans died from drug overdoses than from vehicle crashes.

The Sober Living Cleveland board has raised $75,000 so far. In April, the board hired Elizabeth Ellis as director. She is an experienced fundraiser and nonprofit administrator with a background in mental health and addiction services. The board’s goal is to raise $260,000 from grants, individuals, businesses and government.

Some of the money will be used to purchase a house in Cleveland Heights through the Cuyahoga Land Bank, and renovate it for a Sober Living Home. It would house six to eight women, over the age of 18. Board members plan to open the home by the end of this year, with the goal of opening more after that.

In the meantime, the board is hard at work hammering out the details, such as the criteria for admittance and certifications that may be needed.

Spaeth’s daughter, Rosey, began to have difficulty when she was 14. At 15, she was sent to a 90-day treatment program in California. Then she relapsed and went to a 21-month residential program in Oklahoma. She did not want to come back to Cleveland, where her problems with drugs began. So she went to a Sober Living Home in St. Paul, Minn., where she lived for a year. Now, Rosey is living independently and wants to go back to school.  At 21, she is doing well.

“It is the worst feeling in the world when you cannot help your own child,” Spaeth said. “But there were these other people—strangers—who did help. I want to help others the way they helped me. And there is this gap [in services]. It is not rocket science. We can do it.“

Eleanor Mallet is a former columnist at the Plain Dealer and has written two books.