A park, yesbut not a $3 million park 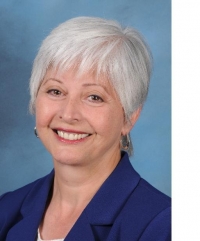 Mayor Infeld’s proposed new tax bond issue for $1.8 million for a neighborhood park is on November’s ballot. Add to it the $856,677 already spent, and this park will cost close to $3 million.

How did it grow from the simple “green space” Infeld said was her preference to a project that now needs a massive tax to fund it?

According to the University Heights City Council meeting minutes of Feb. 6, 2012, Brett Teacher, chairman of Citizens for Saybrook Park, requested that the city purchase the former Fuchs Mizrachi private property and “convert it into a city park.”

At the April 2, 2012 council meeting, an Ashurst Road resident said that the “residents did not know the purchase price” and that there are “many unanswered questions,” including “whether the building would be demolished or maintained, security measures, lights, and hours.” The resident “also questioned the availability of funds for demolition and maintenance, noting that the City cannot afford to maintain the tennis courts at Purvis Park.” She cited the Ashurst Road pocket park experience in sharing her concern that “what the residents are told and what they get do not always match.” She said she is “in favor of more information being provided.”

The minutes do not show answers to the questions.

The minutes indicate that the mayor said at the April 2, 2012 meeting that if a community center is desired [in lieu of a green space], “it could be put before the voters as a bond issue,” and add that “Mayor Infeld emphasized that there is not enough money to operate a community center using General Fund revenues.”

The mayor again discussed the potential uses of the Fuchs Mizrachi School property at the April 16, 2012 meeting, where she said that, if the city acquired the property, she would “appoint a committee of residents to study how the property will be used.” She again referenced the possibility of a community center: “. . . if the community desires to have a community center, it could go before the voters as a bond issue. . . .”

According to the “Reports and Communications from the Mayor” section of the Dec. 3, 2012 minutes, the mayor announced that “Mr. Brett Teacher [head of Citizens for Saybrook Park] will be the Chairperson for the Committee to study the use of the former Fuchs Mizrachi School property.”

Given Mr. Teacher’s role as head of a group of citizens seeking to use the land as a park, may this appointment be considered biased against exploring other possible uses for the property, such as a community or senior center?

Fast forward to the Jan. 21, 2014 minutes which cite the report of the recreation committee, stating that “priority” will be given to the interests of the neighbors of this park—as it should, for a neighborhood park.

When taxpayers were presented with the purchase of the land, the mayor’s vision was green space.

Until the June 2, 2014 minutes, nothing shows the change of concept from green space into an almost $3 million neighborhood park.

On June 2, Mayor Infeld’s Resolution No. 2014-12, for $1.8 million of bonds, to be paid off with an increase in our property taxes, was placed before council to be passed as an emergency measure.

Councilman Mark Wiseman said “to his knowledge this was the first time the city has asked people to pay for the cost of the park and how the city will pay for it.” He continued, stating, “none of the park meetings discussed bond, how much the bond would be, nor how much it would cost residents.”

According to the minutes, “ Councilman Wiseman felt the people need/deserve some type of public meeting where they would have the chance to say yes or no. This seems sudden . . .”

Mayor Infeld is already defending herself to citizens for spending well above her authorized $5,000 limit without council’s approval. Shouldn’t we address the conflicting interpretations on spending our tax dollars before we add an additional $1.8 million in new taxes?

On July 18, the mayor told the community, “Due to the recent criminal activity in our area, the city is hosting a Community Forum on Safety.” Shouldn’t our city funds first be used to restore our police, fire and EMS staffing to where it was prior to our mayor taking office?

A “NO” vote in November still keeps the green space park for everyone to use. It can be adapted, over time, as Councilman Wiseman suggests.

It just won’t be an almost $3 million park to be paid for with new taxes on homeowners.

Anita Kazarian, a 31-year resident of University Heights, has been active in many of the city’s volunteer organizations. She wants to hear your thoughts; write to her at anitakazarian@gmail.com.

Read More on Point of View