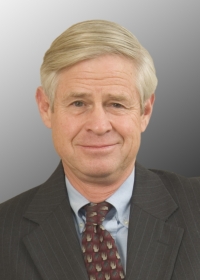 On Dec. 31, John Gibbon, law director for the City of Cleveland Heights, retired from the position he held for 28 years. Gibbon, a partner with Walter Haverfield LLP, a Cleveland law firm, also served the city for six years as assistant law director.

The law director, a part-time position, oversees several full-time staff members in the Law Department, which represents the city in all criminal prosecutions and civil litigation; acts as legal advisor and counsel to the city manager, city council and all city offices, employees, departments, boards and commissions; and prepares legislation at council's request.

Prior to his work in Cleveland Heights, Gibbon was law director for the City of Aurora. He served as special council for several cities and has represented many public entities and nonprofits in Ohio during his career.

“An active citizenry has made it an interesting job,” said Gibbon.

As noted in Gibbon’s profile on the Walter Haverfield website, the City of Cleveland Heights has “historically been on the cutting edge of many municipal legal issues.” The city’s proclamation to Gibbon, delivered at the Dec. 16 city council meeting, mentioned several areas in which Gibbon’s knowledge has been helpful to the city: nuisance abatement; housing initiatives; fair housing; economic development; and telecommunications and right-of-way issues.

During Gibbon’s tenure, in 2003, Cleveland Heights became the first city in Ohio to offer a domestic partnership registry, which legally recognizes and documents same-sex relationships. Ten other Ohio municipalities have since followed suit. “There were no models to follow and we were being watched by organizations that didn’t want it to happen,” said Gibbon. “But, we won.”

Gibbon successfully argued before the Ohio Supreme Court to expand the definition of nuisance abatement to enable cities to combat not only public safety issues, but also the adverse impacts of the uses of property on neighborhoods. Gibbon cited several instances in which the city used the expanded nuisance abatement ordinance to bring about change both at businesses and private residences, most recently at a gas station on Noble Road.

Gibbon said that the city was among the first in the state to make use of Special Improvement District legislation to create entities to manage commercial areas. The city has three special improvement districts: Cedar Fairmount, Coventry Village and Cedar Lee. Gibbon said the legislation has been an “effective tool for revitalizing those business districts.”

Gibbon said that the city’s legal department has actively assisted in the purchase of properties and the creation of partnerships and legal agreements to enable commercial redevelopment in all parts of the city. The city assisted the tenants at the building on Coventry Road where Tommy’s restaurant is located to create a partnership and purchase the building, and it helped create the Coventry parking deck and parking lots through the use of property acquisition, long-term leases and easements.

On Lee Road, the city purchased the building currently occupied by New Heights Grill, and created the parking lots surrounding it, which served as a catalyst for other restaurants to locate there. At Severance, the city used the public nuisance legislation to acquire and improve the ring road.

Gibbon said it was almost by accident that he became an expert in telecommunications and right-of-way issues when federal regulation of the industry changed in the 1980s. “I had intended to read the legislation,” he said, “and then I ended up throwing out my back so I had some time on my hands and became the first person to read all 300 to 400 pages of it. Then, everyone came to me.” The changes in regulations enabled cities to charge franchise fees, link public buildings via cable, and create public access cable television stations. “Cleveland Heights was among the first cities, for better or worse, to televise its city council meetings,” said Gibbon.

Gibbon recently won what he called the biggest case of his career, against the Northeast Ohio Regional Sewer District (NEORSD), which was created in the 1970s to manage a regional sanitary sewer system. “The district decided that it also wanted to be in the stormwater management business, but decided not to involve the cities and other interested parties as it is required to do. This is a tax, it was not voted upon, the district didn’t follow the process and it is not regional,” said Gibbon. Several cities have been fighting NEORSD, and Cleveland Heights has been in the forefront because of Gibbon’s expertise. “Recently, the 8th District Court of Appeals said that [NEORSD] had not followed the process and can’t assess a fee,” said Gibbon.

The biggest challenges currently facing the city are a result of the recession, said Gibbon, who noted that it would be challenging for the city to “maintain first class, innovative legal services” because staffing in support departments, such as planning and economic development, has been cut.

Gibbon plans to continue his work at Walter Haverfield and be a resource for the city. He would like to devote more time to his other interests—he recently earned a Performance Diploma in cello from the Oberlin College Conservatory of Music—and his family, including several grandchildren.

Tanisha Briley, Cleveland Heights city manager, said that the city has been accepting law director applications since Nov. 1, and reviewed the first group of applicants on Nov. 22, but that the position is still open. In the interim, Briley has recommended to council that Jim Juliano, who has overseen the city’s civil litigation and labor matters part time since 1997, serve as law director. Juliano has 35 years of municipal law experience and is a partner in the law firm of Nicola, Gudbranson and Cooper LLC.

The law director reports to, and is hired by, the city manager. The city’s charter requires that city council confirm all appointments to the position.