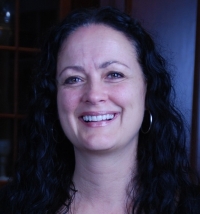 The baby boomer generation is changing the way people experience their retirement years With a longer life expectancy, a greater interest in physical fitness, and uncertain economic times, boomers are living their golden years in ways that are different from those of past generations.

Baby boomer is the term used to describe those born between 1946 and 1964, during the post-World War II economic boom. The Huffington Post estimates that approximately 78 million Americans fit this definition, and they are “changing the face of aging.”

Many boomers continue to work past retirement age—some by choice and some by necessity. The U.S. Census Bureau projects average life expectancy by 2020 to be 82 for women and 77 for men. According to The New York Times, many boomers “. . . conclude after a year or two [of retirement] that they are bored and want to start their own business,” or they look for part-time work in the retail or consulting fields. Many are simply continuing to work because their retirement portfolios have not recovered from the recent economic downturn, or because they expect to outlive their retirement savings.

Once popular places to retire, Florida and Arizona are no longer the relocation choices they once were. According to the Urban Land Institute (ULI), boomers are moving to where their children are. North Carolina, Texas and Nevada now have the fastest-growing populations of residents age 65 and older. As ULI’s John McIlwain said, “It’s the pull of the grandkids.”

Boomers are also more active than previous generations. The Huffington Post stated that the boomers “were the first generation where large numbers exercised from their early years onward,” and they continue their active lifestyles. The American Academy of Orthopedic Surgeons reports that the rate of people age 55 and older who are joining health clubs is growing at a rate of 34 percent per year, while the 35–55 age group is growing by only 18 percent per year.

In addition, boomers are embracing holistic healing arts in numbers far greater than their predecessors did, turning to such practices as tai chi, yoga and meditation, to reduce stress. According to a study reported in The Huffington Press, these practices help prevent the stress-related loss of brain cells, which can lead to memory loss associated with Alzheimer’s disease.

With between 8,000 and 10,000 people turning 65 every day, it is certain that the definition of retirement will continue to change in the near future. “There is no consensus on what retirement is anymore,” said Marcie Pitt-Catsouphes, director of the Sloan Center on Aging and Work at Boston College, “People are saying, ‘I’m not done yet.’”

Read More on The Senior Section: a resource guide for senior adults