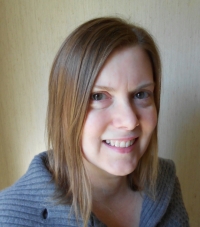 The Heights Observer has a new editor-in-chief, Kim Sergio Inglis. Kim, who served as an enthusiastic volunteer editor and writer for the Observer for the past several years, is now on board in an official capacity. I am thrilled!

As the executive director of FutureHeights, a small nonprofit organization, I wear many hats. When we launched the Heights Observer, in April 2008, we decided to delay hiring a dedicated editor. So the task of coordinating volunteer writers and editors to publish a monthly print newspaper fell on me. Then the recession hit, and the decision to hire an editor was put off indefinitely.

Despite the difficult economy, the Observer grew, and continues to grow. Heights residents discovered how easy it is to submit stories through the member center. Local businesses discovered that the Observer is a cost-effective way to reach their target customers. Readers discovered that the Heights is more than what one might surmise by reading the police blotter. Interesting and engaged people live here, and positive things are happening in our community every day.

The Observer is now a reliable community asset—and a pretty good read. But last year, we hit capacity. Several issues topped 24 pages and we began publishing the e-news every week, which put a strain on our volunteers, and our small staff. Now was the time to invest.

Like me, Kim doesn’t have a journalism background. Prior to moving to the Heights from New York City in 2009, she worked in the publishing and marketing fields, where she juggled multiple priorities, interacted with a variety of people and met deadlines. She discovered the Observer soon after moving to town and began volunteering with us, editing stories, writing stories and sitting down with me (and another key volunteer, Jewel Moulthrop) to copy edit and proof the final layout before going to press each month.

As editor-in-chief, Kim will encourage volunteer writers, assign stories to volunteer editors, post stories to the Web, publish the weekly e-news, and work with our graphic designers to layout the print issue each month.

In last month’s column, Bob Rosenbaum announced that he had stepped down from the FutureHeights Board of Directors to head up our advertising and business development efforts. With Kim and Bob on staff, and the community’s continuing support and participation, we expect the Observer to continue to grow and, with it, we hope, so will the Heights.