Opening up the Observer: local businesses team up 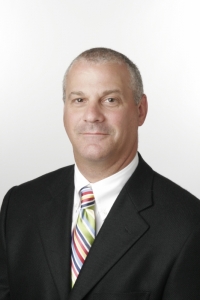 When in the course of human events, it becomes appropriate for communities to assert their independence, to denounce uniformity and celebrate their uniqueness, a respect for freedom and human creativity requires independent businesses and peoples to declare those elements which make them interesting.

The alliance is a national umbrella group for local coalitions of independent businesses that are working together to strengthen themselves against the onslaught of competition from big-box stores and other national chains.

The newest member of this nationwide movement—and the first in Northeast Ohio—is our own Heights Independent Business Alliance (HIBA), which has used the occasion of Independents Week to announce its founding.

HIBA was created with prodding and support from FutureHeights, and it will be closely connected with the Heights Observer.

But it’s a stand-alone organization of small companies in Cleveland Heights and University Heights that typify the kind of businesses that contribute so much to this community’s scale, livability and charm.

HIBA’s mission (until its website launches, its online presence is at www.facebook.com/shophiba) is cooperative promotion for its members, and education for the public about the economic benefit of shopping locally. It will inevitably pursue both of those tasks in the pages of the Observer.

To date, the organization admittedly hasn’t gotten very far. It’s still working to build its website and to formalize membership for the 30 or so merchants who have put energy into its founding. After that, it will reach out to attract more members and begin fulfilling its objectives.

In the coming months, look for the HIBA logo and other messages to begin appearing around town. Know its purpose: to support and perpetuate the Heights area’s unique character as a place to live, play and do business.

Bob Rosenbaum, chairman of the newspaper's editorial advisory committee and member of the FutureHeights board, writes this column to provide transparency and understanding about the Observer. Send your comments and questions to bob@therosenbaums.net.

You can write for the Observer by registering at the Member Center: http://heightsobserver.org/members.