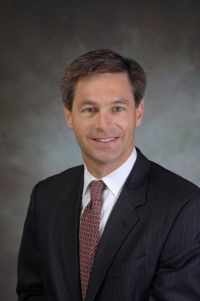 All candidates received the same questions, with the same word limit, which was 1300 words. Questions were developed by John Sheridan, Euclid Observer.

Here, in response to questions posed by The Observer, Republican County Executive Candidate, Matt Dolan, shares some of his thoughts on the new county government and the challenges that lie ahead:

1.) If elected to the position of County Executive, what three or four goals would top the list of things that you’d hope to accomplish during your term in office?

A)    Restore the public faith in public servants by running the County with honesty and integrity;
B)    Replace our silo service delivery system of human services with a wraparound service system; making individuals one step away from dependence and one step closer to independence;
C)    Establish Cuyahoga Forward, a one-stop-shop for business development; and
D)    Implement job descriptions and requirements that match skill sets, thereby creating measurable standards to determine results.

2.) What do you regard as the major challenges that must be met in order for the new system of county government to succeed?

Changing the culture inside County government must happen for reform to take root. I will no longer accept the status quo. Instead, I will embrace big ideas, be bold and creative, take advantage of opportunities presented by collaboration and set high measurable standards for ourselves.

3.) How do you define good government?

A government meets the needs of citizens by delivering higher quality services to people who need it with little hassle and waste. With a strong leader who establishes a positive and effective relationship with the private sector, we all can enjoy economic growth.

4.) Do you believe the new County Executive/Council structure can put an end to the corruption and patronage that have dominated news headlines for the past several years?

Only strong leadership can change the culture of corruption and patronage that exists in the County. I will lead with honesty and integrity, demanding the same from County employees. On my first day as Executive, I will issue an executive order requiring ethics training. Under a Dolan Administration, if you breach the public trust, you will be gone.

5.) Under the new charter, several top county officials who in the past were directly elected by the voters will now be appointees chosen and approved by the new Executive and County Council. Do you see that as a positive step?

Yes, although the elected positions are gone, the statutory duties of those offices remain. The Charter establishes qualifications for each of the positions appointed to perform these duties. In addition, the new structure eliminates the duplicative administrative staffing as well as the political fiefdoms of the elected positions.

6.) What approach would you take to working with the new County Council to keep lines of communication open in order to achieve consensus on major county wide objectives?

I view the role of the Council as providing a check for the Executive and generating policy initiatives. In order for the County to be successful, the Council must think in broad, countywide terms and avoid becoming territorial. I intend to make it very clear that I expect this of the Council. If there are Council Members that do not share this perspective and act as roadblocks to the County’s progress, I will not be shy about using my position to make it clear to voters they should not be re-elected.

7.) When will Cuyahoga County voters know if the new government structure is working as envisioned—and how will they know?

While changing a culture takes time, I will make it immediately apparent to voters that I intend to hold the County to a higher standard. My first day in office, I will issue an executive order requiring ethics training and instituting a strict gift policy that will be enforced. County employees will be evaluated on their merits and those that perform well and embrace a spirit of innovation and creativity will be rewarded, while those that do not will be let go. With this culture shift, County operations will focus on delivering the highest quality services with less hassle and less waste.

8.) Do you believe the new structure has the potential to spark economic growth and job creation in Northeast Ohio? If so, how might that happen?

Yes, I will restore the public/private sector relationship, bringing back the intellectual and financial investment to our community. I will create Cuyahoga Forward, establishing a one-stop-shop for business development. As Executive, I will be the strong leader to maintain economic development as a priority.

9.) There has been much talk about “regionalization” as a mechanism to improve government efficiency—and hopefully, reduce the tax burden on the citizens of Cuyahoga County. Do you view the new government structure as a positive step toward achieving these goals?

Yes, it is a positive step because the transformation effort has sparked serious conversations about opportunities for collaboration. However, we must first restore faith in public service by operating with honesty and integrity, putting the County’s house in order and repairing the public/private relationship before we begin truly tackling regionalization.

10.) In your analysis of Issue 6—the charter amendment that ushered in the sweeping changes in county government -–what did you find to be its strong points? And what, if any, weaknesses did you detect?

The creation of a strong Executive, with a Council to serve as a check, establishes a face for the County, making it clear where responsibility and accountability rests. The elimination of several elected officials and their offices, which I spoke to when responding to question #5, is another positive outcome to Issue 6.  If it were up to me, I would have had the transition process happen after the new government was elected, so good suggestions could be implemented as soon as they were made, eliminating the uncertainty of what things will look like once the new government when into effect.

11.) Do you see a need for further “tinkering” with the County Charter to improve prospects for a successful transition? If so, what changes would you hope to see incorporated?

The Charter is meant to serve as the guideline for the operation of County government.  As such, it is intentionally vague so that it may withstand the test of time, allowing the administration of government to be fluid and dynamic. If changes are necessary, they will become apparent fairly quickly as the new government begins to conduct business.  The Charter anticipates possible changes by establishing the Charter Review Commission.

Questions developed by John Sheridan, courtesty of the Euclid Observer.