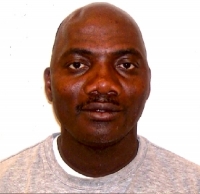 Noble Road Presbyterian Church is working on a mission for rural Africa, the result of a call felt by Isaac Monah, one of the church's elders.

Monah left Liberia as a refugee from civil war in 1990. In the summer of 2007 he went home to Grand Gedeh County in eastern Liberia for the first time in 17 years. On that visit, he says, he was moved to action by the local children who had no opportunity to get an education and thereby craft a more promising future for themselves.

Monah is familiar with the children's plight. There was no local school for him either, when he was growing up in Grand Gadeh. He left home three times to attend schools in different areas of Liberia, but at age 18 he had only reached the sixth grade. That was partly because at age 12, he had voluntarily dropped out of his school in Monrovia, the capital of Liberia, and returned to Grand Gedeh because he believed his absence put too much economic strain on his uncle’s family. His uncle later died in the war. Monah finally managed to graduate from high school in Ghana.

When the civil war forced Monah to leave Liberia for good, he found jobs in Ivory Coast, studying deer and later, tracking monkeys. It was while working on research projects like this that he met Scott McGraw, an Ohio State anthropology professor who helped Monah to come to the United States in 2002.

When Monah visited his home village in Liberia in 2007, he was distressed to find that the children of Grand Gedeh still face the same situation he faced in the 1980s. He says he believes that education is the key to opportunity for those children and greater prosperity for the region. He is determined to make that happen, and has gathered a group of people who share his dream and his determination.

Momentum for the project is building. The group has decided to build a school. It will be called the Dougbe River Presbyterian School, Monah said, because the river belongs to all of the people in that region — not just to one town — and the group wants residents to understand that the school does, too.

The school and its affiliated church will be built on 150 acres of land donated to the project by local leaders. Noble Road Presbyterian Church will handle finances for the school and oversee the school’s General Board, which has been formed. It is chaired by Monah and includes church colleagues, other Liberians living in America, and McGraw from Ohio State University.

There will also be a Local Board in Liberia, with representatives from each of the 12 towns in the area, that will handle day-to-day operations.

The church has been raising money and plans now call for construction to begin in 2009.  It is expected to cost about $235,000 — perhaps less — to drive the project through its first year. That includes construction costs and staff salaries.

The project is making friends, but it needs more. The church is looking for help, especially with fund-raising and web site management. Learn more at noblechurch.wordpress.com, or by contacting Monah at monahisaac2008@yahoo.com.

John Luttermoser is clerk of session at Noble Road Presbyterian Church and secretary of the general board for the Dougbe River Presbyterian School project.