Soul brothers: Antoine Dunn (and his brother; and me and mine) 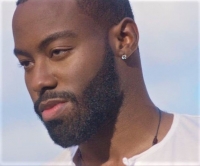 Here’s a story I didn’t tell Antoine Dunn when I talked to him on the phone recently:

When I was about 8, there was a kid, Mike, who was a year older, living a few houses from mine, in Cleveland Heights. I already knew I wanted to be a musician and performer. He already knew that he wanted to be a disc jockey and announcer. His house had a screened-in first-floor back porch. He would be up there on the porch, playing Elvis Presley and Ricky Nelson records on his little portable turntable, and I’d be on the lawn just below, lip-synching the records and mimicking each singer’s movements. After every song, Mike would pick up a toy microphone and back-announce the record, and give other relevant information, like the typical AM DJs of the day. We did that all one summer.

Then, when I was about 21, I went to Columbus, Ohio, from New York City, to work on an act with a new singing partner. One day I was walking around The Ohio State University campus, and I ran into my childhood friend Mike. We talked for a few minutes, and then he asked me what I’d been doing. I said, “I just recorded my first album for Sire Records in New York. I’m waiting for it to come out. What have you been doing?” Mike said, “I’m in school here, and I’m a DJ on the OSU radio station and I’m an announcer on one of the TV stations in town.”

So, there you go.

I didn’t mention that to Antoine Dunn, but I flashed on it when he told me something about his youth, from when he was still living in Cleveland Heights: “I used to be down in the basement, and I’d finish writing a song,” he said. “I’d play it over a loudspeaker, and at the end I would turn the volume down, fade it out. And I’d talk over it, and say, ‘Ninety-three-point-one. That was Antoine Dunn with . . .' “

And now he hears his records on the radio for real—all around the country, when he’s touring, performing on bills with artists including some of his idols, like D’Angelo, and others.

Antoine, who now lives in Los Angeles, owns his own record company, Harvey Marie Records, which he named after his grandparents. His debut single, “Can’t Forget,” and the follow-up single/video, “Miss My Love,” both landed in the Top 20 on the Billboard chart. He produced his latest album, ​Everything​, with Grammy Award-winning producer/engineer ​Scott Jacoby​ ​(who has also worked with John Legend, Jason Mraz, Coldplay).​ He was named the 2020 Artist of The Year and Vocalist of the Year in the R&B/Soul category of the Josie Music Awards, a national independent all-genre music awards program.

Antoine’s brother, Adrian, was also in the Heights Choir. In fact, shortly before Adrian graduated, in 2003, I presented him with a Friends of Cain Park Excellence in the Arts Scholarship. We gave $1,000 awards to students who we thought showed the most promise in their artistic fields. Adrian Dunn is now a nationally known singer of classical and gospel music, and a composer and producer. Antoine, besides being a singer and composer of R&B songs, is also a producer, arranger and multi-instrumentalist.

Antoine’s music brings to mind—my mind, at least—the sounds of classic 1970s' soul, like that of the Chi-Lites, Stylistics, and others. “Oh—I listened to a lot of that growing up,” he told me. “My parents had this very extensive collection of vinyl records. I didn’t realize till I was older that I had been learning how to write and arrange music before I was aware of that. I’ve always had a young spirit, but an old soul.”