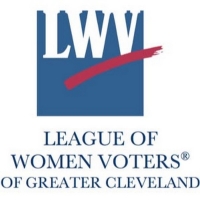 The Heights Chapter of the League of Women Voters of Greater Cleveland (LWVGC) has created a guide to the Sept. 14 nonpartisan primary election for Cleveland Heights' first elected mayor. The top two vote-getters in the primary will contend for mayor in November's General Election.

The LWVGC - Heights Chapter asked the same five questions of the four candidates. Each candidate's answers were then published, unedited.

For publication, the order of presentation of the candidates is alphabetical. Click on the links below to read each candidate's response.

A print version of the guide is available as an insert in the August issue of the Heights Observer, available for free at numerous locations around the Heights.

The 2021 Voters Guide to Cleveland Heights mayoral candidates is published as a public service by the League of Women Voters of Greater Cleveland, FutureHeights and the Heights Observer. The League of Women Voters is a non-partisan organization whose mission is to encourage the informed participation by citizens in government. FutureHeights is a nonprofit community development organization and publisher of the Observer.

The Voters Guide was compiled by members of the LWVGC - Heights Chapter, and coordinated by Barbara Hawley and Kathy Petrey.