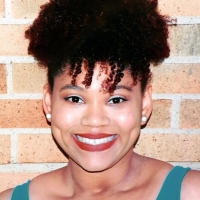 Dobama Theatre will reopen on Oct. 29 with a four-show season and a new look, including an expanded staff, a relaunched board of directors, and renovated seating to allow for the best possible audience experience. Part of the reopening campaign includes a full rebranding from Agnes Studio, the theatre’s graphic design partner, coming later this year.

The theatre’s 2021–22 season opens with"Airness" by Chelsea Marcantel, a high-energy comedy about a group of competitive air guitarists who discover that they are one another’s chosen family.

Next is "Hurricane Diane" by Madeleine George, in which the Greek god Dionysus comes to Monmouth County, N.J., as a lesbian landscaper who seduces the housewives into creating more climate-friendly lawns.

Dobama’s third production is "Kill Move Paradise" by James Ijames, a hopeful tale about four Black men who find themselves in a cosmic waiting room in the afterlife.

The season closes with "Life Sucks." This remix of Chekhov’s timeless classic, "Uncle Vanya," asks some of life’s thorniest questions and challenges the notion that “life sucks.”

Burks is a Cleveland native, whose work has mainly been seen at Cleveland Play House (CPH), where she will play the titular role of "Antigone" next spring. Burks is an alumna of the Case Western Reserve University/CPH M.F.A. acting program, and a graduate of Bowling Green State University’s musical theatre program.

Darius Stubbs is a poet, playwright, performer, vocalist, and educator who has lived and worked in Cleveland since 2006. He has collaborated in the creation of more than a dozen original performance pieces, from performance art to fully staged productions. He was featured in Scene magazine’s “Cleveland People” series, and received the Greater Cleveland Community Shares Rising Activist Award in 2016. He is also the vice chair of the board of TransOhio, a nonprofit dedicated to education and advocacy to better the lives of transgender Ohioans.

Dobama has more than doubled the size of its board of directors as part of the its “Love and Respect Document,” focused on anti-racism and creating a culture of authentic inclusivity. Board members are representative of small businesses, teachers, artists, nonprofits, law firms, financial institutions, and more. This new board will oversee the creation of Dobama’s next strategic plan, navigate its reopening, and usher in a new era of growth for the theatre.

Dobama's full seating renovation is intended to improve audience sightlines by changing the orientation. Instead of a three-sided, thrust configuration, the new seating will be in a semicircle that almost entirely faces the stage head-on. The new seating system will allow for additional ADA accessibility, more front-row seating, and access for additional cleaning, to align with increased health and safety protocols.

COVID safety protocols for performances will continue to be examined in the coming months, and announced to audiences later this fall.

For more information about Dobama's upcoming season, call the box office at 216-932-3396 or visit dobama.org.

Colin Anderson is director of production at Dobama Theatre.