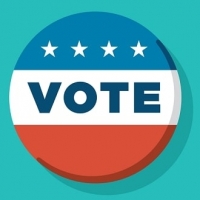 Cleveland Heights residents will go to the polls in three elections in the next four months, on Aug. 3, Sept. 14, and Nov. 2.

In the same period, University Heights voters will cast their ballots in two elections, on Aug. 3 and Nov. 2.

In this partisan primary, voters will request either a Democratic or Republican ballot. The special election is the first of two in which voters will elect a replacement for Marcia Fudge. (Elected to represent Ohio’s 11th District last November, Fudge resigned upon her appointment as U.S. Secretary of Housing and Urban Development.)

There are 13 contenders on the Democratic ballot, and two on the Republican ballot.

The winners of the Democratic and Republican primaries will subsequently face off in a Special Election on Nov. 2, the same day as the General Election for local government. As the 11th is considered a “safe” Democratic district, the Democratic primary is likely to determine the ultimate winner.

Voter registration for the Aug. 3 Special Election closed on July 6.

The League of Women Voters (LWV) has published a Special Primary Election Voters Guide, containing candidate and voting information, which has been distributed throughout District 11, including locations in Cleveland Heights and University Heights.

Other Cuyahoga County municipalities (e.g., Cleveland) also have a mayoral primary on this date. This is the first time for Cleveland Heights, as it transitions to a mayor-led form of government from a city council-city manager form.

The Cleveland Heights mayoral primary is nonpartisan. As such, there are no separate Democratic and Republican races or ballots. The top two vote-getters, of the four candidates, will move on to the Nov. 2 General Election ballot.

An LWV Voter Guide to the CH mayoral candidates on the Sept. 14 ballot is included as an insert in this August issue of the Heights Observer. The candidates are: Barbara Danforth, Melody Joy Hart, Josephine Moore, Kahlil Seren.

Voter registration for the Sept. 14 Primary Election will close on Aug. 16.

The Democratic winner and Republican winner of the Aug. 3 primaries will be on the Special Election ballot for the 11th Congressional District.

The Nov. 2 General Election ballot will include local elections for:

Voter registration for the Nov. 2 General Election will close on Oct. 4.

An LWV Voters Guide for these local races will be included as an insert in the October issue of the Heights Observer.

Complete information on elections, ballots and candidates, including candidate responses to a set of questions, can be found at www.vote411.org. Election information can also be found on the websites of the Cuyahoga County Board of Elections, http://boe.cuyahogacounty.gov, and of the Ohio secretary of state, www.ohiosos.gov.

Maryann Barnes is co-chair of the Heights Chapter of the League of Women Voters of Greater Cleveland.