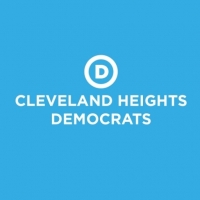 This November, for the first time, Cleveland Heights voters will elect the city's mayor.

At its next regular monthly meeting, on May 13, 7 p.m., Cleveland Heights Democrats will feature a presentation by Len Friedson, of Citizens for an Elected Mayor.

The purpose of the program is to inform Cleveland Heights residents of the features of the new form of government, as contrasted with the city council/city manager form. The discussion will cover the role of the new mayor, the new city administrator, city council, and the voters.

As always, members of the public are invited to attend the meeting, which will be held via Zoom. For further information and to register for the meeting, visit clevelandheightsdems.com. The website also includes links to previous community meetings focused on the transition to an elected mayor.

Subsequent to the May 13 meeting, Cleveland Heights Democrats plans further meetings featuring candidates for CH mayor. Information on these meetings will be posted on the website.