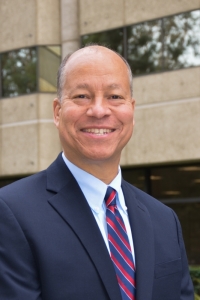 After more than a year, the stalemate is broken—and Cleveland Heights again has seven council members. At the March 15 Cleveland Heights City Council meeting, Council Member Davida Russell unexpectedly announced that she had concluded her preferred candidate would never be appointed and moved that Craig Cobb fill the vacancy on council.

Russell stated that she had not discussed the motion with any of her colleagues prior to the meeting, and had, in fact, decided during the meeting to make it. The regular council meeting followed a Council Committee of the Whole meeting, during which a lengthy discussion took place about a possible charter amendment regarding filling council vacancies.

Cobb said the motion came as a complete surprise to him. “I had the council meeting on in the background—not paying any attention—and then I heard my name mentioned,” he said in an e-mail.

The seventh council seat had been vacant since March 2, 2020, when former council member Melissa Yasinow resigned, effective immediately, at that evening’s council meeting. Yasinow’s term is due to expire on Dec. 31, 2021.

But council members could not agree on a replacement.

By the April 6 deadline (extended from the original March 23 deadline), 22 residents had applied to fill the vacant council seat.

On May 21, 2020, Council President Jason Stein announced in a Facebook post that he and the other five council members had selected four finalists from among the applicants: Craig Cobb, Anthony Cuda, Anthony Mattox Jr. and Robert Koonce.

Thus began a series of lengthy negotiations among the council members, each of whom had a preferred candidate among the finalists; but they remained unable to reach an agreement on who should fill the seat.

Community members were angry at the months-long stalemate. On Jan. 8, resident Garry Kanter filed a complaint with the Court of Common Pleas to compel city council to act to fill the vacancy; it was dismissed on March 5. At the Jan. 19 city council meeting, the Heights League of Women Voters issued a statement chiding council for not selecting a replacement and noting that "this failure to fill the vacancy has disturbed Cleveland Heights residents, who see this as a symptom of council dysfunction.”

Russell said that she decided to act because it was in the best interests of the community, and she wanted to move things forward.

Seren, who cast the lone dissenting vote, said that he was voting on principle. "I think that it is generally a bad move to appoint someone twice. . . . You're basically providing that person incumbent advantage on two occasions," said Seren.

Cobb previously had been appointed to Cleveland Heights City Council on April 2, 2019, to fill the seat vacated by Cheryl Stephens when she resigned after being elected to Cuyahoga County Council. Cobb then ran against Davida Russell for that seat in 2019, and lost.

“I am shocked by the unexpected development at tonight’s meeting,” said Cobb. “I can’t imagine how difficult and courageous it was for Ms. Russell to set aside her personal feelings she had against a former opponent to appoint them to come back to serve with her on council. If she had not been willing to change her mind for the good of the city, the stalemate over the appointment may have continued to the end of the year.”

Cobb said that he is eager to “get back to work with my colleagues on council to address the challenges the city faces and help to make sure that our elected mayor in 2022 has what she/he needs to be successful on day one in office.” While he said that he is “still digesting” what happened, he said he expects to run for city council in this year's election. Four CH council seats will be on the ballot this November.

Cobb, a branch legal office managing attorney for Farmers Insurance Exchange, served as chair of the city’s Planning Commission and as a member of its Charter Review Commission. Following his previous appointment to CH City Council, he served from April 2019 through December 2019. In January 2020, he joined the FutureHeights Board of Directors—a position he will vacate now that he has been appointed to council.