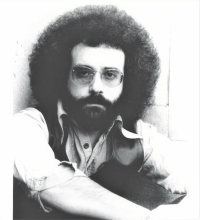 This was a few years later. But that hair thing started in New London, Conn., caused by a mighty wind.

A friend from the West Side once told me it seemed to him that growing up in Cleveland Heights must be like being a member of Kiwanis or the Elks, because you meet other Heights natives anywhere you go. And that has been my experience.

In March 1968, I had just joined a band in New York and New Jersey when we went to New London, Conn., to play a gig. I had started to let my hair grow a couple of months before I left Heights High the previous spring. (Up to that point I had gotten a haircut every two weeks, for just about my whole life, at Fana’s Barber Shop on Coventry Road. And my last year at Heights High, 1966–67, was the last time the school maintained its strict dress code, which had required boys to keep their hair short.) By March 1968, I still hadn’t cut my hair. However, I was still combing my hair in the same way I had always done, even after a year of letting it grow, which was kind of a ridiculous thing to do.

The band I joined, the Story Tellers, was finishing out a gig at a big, old wooden hotel in New London. The day of my debut with them, we all went out to get something to eat in town. We walked several blocks to a restaurant and back. New London sits on the Atlantic Ocean, and in March it is windy there. After walking around in the mighty wind, my long hair was no longer combed; it was sticking way out, and way up, looking crazy and wild. When we got back to the hotel, my bandmate Danny Federici (later of Bruce Springsteen’s E Street Band) looked at me and said, “I dare you to leave your hair like that when we go onstage tonight.” And I said, “Sure. Why not? I don’t know anyone in New London.”

We went up to our rooms and changed clothes, and as soon as I returned and hit the lobby, I immediately ran into a friend from high school, Rhea. She stopped in her tracks, stared at my head, and said, tentatively, “Nice hair.” Danny said, “I thought you didn’t know anyone in New London.” He didn’t understand that thing about growing up in Cleveland Heights.

That band didn’t last long—a few months. I had been living with each guy in the group for a couple of months at a time. When that ended, I was back to being homeless. I hung out in Washington Square Park in Greenwich Village most of the time, busking and trying to make connections with other musicians, and staying with people I met. One day I started playing guitar duets with a guy from England, making tiny amounts of money from tourists tossing coins into our open guitar case. We played all day, stopping at street corners every few blocks until we hit Times Square. It was getting dark when we both realized that neither of us had a place to stay, which we had both believed the other did. As we walked forlornly, I heard someone call my name. I turned around to see a guy from a band whose demo record I’d helped produce in a studio in Cleveland Heights shortly before I’d left town. He explained that they’d signed with a major label and were in town recording.

He asked if we wanted to jam, which we definitely did not, until he said, “We’re staying at this hotel—right here.” We said, “Yeah. Let’s jam.” We stayed there that night. And for the next 10 weeks. The band’s label was paying for the room.

One day, I was walking around Greenwich Village and I ran into a woman I had known from kindergarten at Coventry School all the way through Heights High. This was long before cell phones and the Internet—we just ran into each other. In New York City. She had come to visit her boyfriend, but then they accidentally broke up, so she needed a place to stay. I said, “No problem. I’ve got a place.”

So, Pearl stayed at the hotel, too. Then I ran into my Heights High friend Walt. That made nine people in the room (with two double beds). It was cozy. One by one, people left. Eventually, I did, too—because the guy from England had a Greyhound Bus Ameripass and wanted to see the country. I said, “You know what you’ve got to see? Cleveland Heights.”

That got me a free bus ride home. And while I was here, I signed with a record company, over the phone, so I flew back to New York—and ran into my friend Margo from Cleveland Heights on the plane.