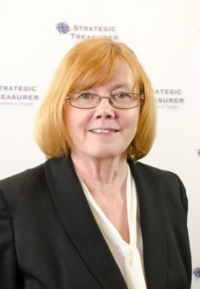 Melody Joy Hart has announced that she is a candidate for Cleveland Heights mayor.

Cleveland Heights City Council Member Melody Joy Hart is running for mayor of Cleveland Heights. Hart was the top vote-getter in the November 2019 council election. She has served one year, and attended council meetings for more than four years prior to her election.

“I bring a strong financial background and management skills to city government, together with progressive values,” stated Hart. “I will run an effective, transparent and responsive city government.”

Hart has extensive experience as an executive. She is a CPA (certified public accountant), a CTP (certified treasury professional), and is certified in financial planning and analysis. Relationship management was a key component of her work with banks, rating agencies, vendors, and investors, developing win-win solutions for all parties. She has broken glass ceilings in Fortune 1000 companies, including being vice president and treasurer of a multi-national corporation.

Prior to her election to council, Hart was a member of the Greater Cleveland Congregations Cleveland Heights Housing Committee, which advocated for the foreclosure bond ordinance and worked in the Noble area to ensure banks and landlords kept their properties up to code.

On council, Hart has:

[As mayor,] Hart will work on housing stock preservation, racial equity, police reform, economic development, more transparency. She will implement a single number for citizens to contact for all complaints, and a software system to track complaints, requiring a prompt response from CH City Hall.

Gary Benjamin, a civil rights attorney, is married to Melody Joy Hart and is her campaign manager.