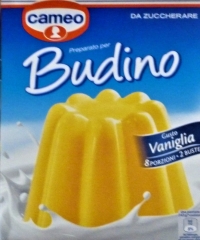 I had to go all the way to Italy to find out the truth.

I didn’t live in the Cleveland area from 1968 to 1973, so those were the five years I didn’t go to the Feast of the Assumption festivities in Little Italy in mid-August. I’ve attended that event every year since I was 15, except for those years.

I grew up not far from Little Italy, in the Coventry-Mayfield area, and I used to walk down there as a teenager. I wanted to be a tough guy, like the kids who lived there and hung out in front of the stores on the Mayfield Road part of it. I’m not Italian, though I can cook like one. But I wasn’t cooking very much as a teen, and I wanted the Murray Hill guys to think I was Italian.

When they would ask, I would add an “o” to the end of my last name and say it was, “Budino.” After a while I decided I also needed an Italian first name. I chose Rizzo. Years later, I learned that budino actually means “pudding” in Italian. Oops.

Some more years later, I discovered that rizzo means “rice.” So, in other words, my tough-guy name was “Rice Pudding.” Oops, again.

The Feast of the Assumption celebrates Mary’s assumption into heaven. In Cleveland’s Little Italy, that starts with a parade, on the first morning, through the streets of Little Italy. The festival ends, on the fourth night, with a fireworks display. In some countries it’s a national holiday. Cleveland’s celebration is the biggest commemoration of the event in the U.S.

When I was in high school, some friends and I would walk to the last apartment building on Overlook Road in Cleveland Heights, the one that overlooks Little Italy—it's the one you see the back of, held up by steel girders, like stilts, when you go up Mayfield Hill from Little Italy. We’d walk down to the end of its driveway to get a perfect view of the fireworks over the treetops, and away from the crush of the crowd.

When my wife and I first moved into our current house, near Nighttown, I suggested that we go to this secret place I knew about to see the fireworks. When we reached the end of the driveway, no one else was there. Because trees grow. Those trees, whose tops we used to look over, were now towering over the building. The fireworks were starting, so it was too late to go down the hill. We could see only tiny flashes of colored light in between some of the leaves. We could hear them very clearly, though.

In between the parade that starts the festival and the fireworks that end it, a tremendous amount of eating takes place. Every restaurant sets up tables in front of their establishments to sell some of their specialty items. Outside food vendors park their trucks in between the restaurant’s stands to peddle lemonade, funnel cakes, elephant ears and other fair-type fare. There’s also a great deal of gambling—made temporarily legal—going on in the church basement. And a lot of Dean Martin/Al Martino/Vic Damone/Frank Sinatra/Perry Como in your ears.

For that short stretch of Mayfield, the street is packed solidly with people every night, and parts of a couple of days, for the duration of the Feast. That’s why, now, when my wife and I walk down there from our house in the Cedar-Fairmount neighborhood, we go only as far as the Murray Hill Market, on Murray Hill Road, a block from Mayfield. The market is practically in Cleveland Heights; it's so close that you can see Cleveland Heights from it. During the Feast, the crowd is much thinner there—though I’m not, by the time I leave—and the food is a lot better and more creative than what you can get on Mayfield.

I cooked at the Murray Hill Market, part time, from 2010 to 2018, while I was working on a couple of books (writing, not reading), so I got to see the Feast from the other side. We prepared for weeks in advance, and then, during the event, we just cranked out tons of food non-stop all day and night. In fact, last year, one year after I’d stopped working there, we dropped in on the Saturday night of the Feast and we ate some great stuff, and then, as we were leaving, Michele, one of the owners, said to me, “Can you come in tomorrow morning? Just come in, put on an apron and start making stuff.” So, I did.

That won’t happen this year, though. The Feast has been cancelled (due to the pandemic) for the first time in 120 years. But I’ll put on my mask and walk down to the Murray Hill Market, anyway, and sit at one of the tables in its backyard and have my own little feast. At least that’s my assumption.