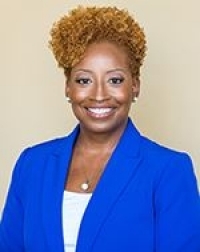 At the July 20 Cleveland Heights City Council meeting, City Manager Tanisha Briley announced her resignation, effective Sept. 1. She will become the city manager for the city of Gaithersburg, Md., located outside of Washington, D.C.

Mary Trupo, the city's director of communications and public engagement, sent out a news release after the meeting. In a subsequent e-mail, and updated release, Trupo announced that the current vice city manager, Susanna Niermann O'Neil, will become the acting city manager after Briley's departure, stating that council members selected Niermann O'Neil "to lead the city through the next 16 months and the final transition to a strong mayor form of government."

The city's full announcement can be viewed on the city's website, at www.clevelandheights.com/CivicAlerts.aspx?AID=295.

Briley has been Cleveland Heights' city manager since August 2013.

In its news release, the city listed the following accomplishments: "Briley successfully led Cleveland Heights through the lingering effects of the Great Recession and brought financial stability to the city through the development of responsible budget processes, improved financial management practices and creative cost-saving strategies. She facilitated the Top of the Hill project, the largest private investment development project in the city’s history, that had five false starts over the past three decades. She also was responsible for modernizing the internal processes and practices of city operations, and initiated energy-efficiency projects that resulted in a 25-percent reduction in energy usage."

Mayor Jason Stein, on behalf of the Cleveland Heights City Council, stated in the news release, "Tanisha has been a strong leader that has seen the city through a number of tough times including the current Covid-19 pandemic. She brought professionalism, experience and creativity to the city and committed herself to the betterment of Cleveland Heights residents and businesses. We wish her all the best in her new position and we thank her for her service."

The news release states that Briley was not actively looking to leave Cleveland Heights at this time, but with the city transitioning to a mayor-led form of government in January 2022, she had to entertain the opportunity. "It has been my honor and privilege to serve this great community for the last seven years as city manager," said Briley in the release. "Cleveland is my home and I had hoped to continue on here for years to come. I leave with mixed emotions, but also with great optimism for the future of Cleveland Heights.

"Serving as the city manager of Cleveland Heights has truly been my dream job, bringing me home and giving me the opportunity to spend every single day working alongside dedicated and talented professionals, each committed to making this community better than it was the day before. I am truly proud of all that we’ve accomplished together. I will miss this special and unique place and all the people that have made my service to this city so meaningful and rewarding over the years."

Kim Sergio Inglis is editor-in-chief of the Heights Observer, and is a Cuyahoga County master gardener volunteer. She adapted this article from the city's news release.