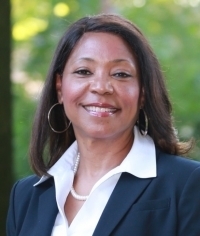 On June 6, Cleveland Heights City Council Member Davida Russell hosted the first in a series of Town Hall listening sessions with residents of the Noble and Taylor roads community. A group of 10 Zoom participants comprised residents, business owners, and members of the faith community. More than 100 others listened on Facebook Live. Two more meetings are planned, for late June and July.

The objective of the first Town Hall was to identify concerns and issues that impact the health and growth of this area of the city, and to create a process to develop solutions.

“I live in this community and I have my own thoughts about what it needs,” Russell said, “but I feel it is important to hear what others think about what would enable the neighborhood [to] grow and prosper.”

Russell began planning this listening session last December, shortly after her election to CH City Council. She drew from her career in labor union administration in landing on the Town Hall format. When it became apparent that a large gathering of residents would not be a good option because of COVID-19, the virtual Town Hall concept was explored, planned and launched.

Each Zoom participant came to the session prepared with a list of concerns and opportunities. From this comprehensive list of ideas, the group voted on the top three issues to address first, formed a task force for each issue, and agreed upon a volunteer chair:

The first step for each task force is to gather information from other organizations that are working in the neighborhood and from the city. Task force chairs want to ensure that they are not duplicating efforts already underway by other organizations, and identify opportunities to collaborate or coordinate plans.

“I am very excited about the energy and enthusiasm of our Town Hall participants, and appreciate the plans that are in place to move the conversation forward into action items,” Russell said.

To join a task force, or leave comments and suggestions, go to Russell’s website, www.davidaforch.com, and click on the “You Talk, I Listen” drop down tab.

Russell intends for the two subsequent Town Hall meetings to be very different from the first. The audience for these listening sessions will be young adults, generally ages 18–25.

Russell participated in a peaceful protest march over the George Floyd killing in early June, and met young adults who were frustrated and wanted answers and action. She invited anyone interested in planning a listening session to join a Zoom meeting. Five thoughtful, concerned young adults participated, and made plans for the two upcoming events.

The first is planned for June 27, 11 a.m. to 12:30 p.m., at the Front Stage Multiplex (formerly Regal Theater, 3492 Mayfield Road) at Severance Town Center, on the topic of police-community relations and police policies and practices. Russell plans for young-adult leaders to facilitate a discussion on issues and concerns the participants have about the Cleveland Heights police force.

The issues and concerns and issues raised at the June 27 event will form the agenda for the July 11 meeting, which will also take place at the Multiplex, 11 a.m. to 12:30 p.m. Cleveland Heights Police Chief Annette Mecklenburg and some of her officers will be present to respond to the agenda issues.

Masks will be required for both events, and social distancing will be in place, with only 75 young adults admitted to each event. Anyone interested in attending should indicate so at www.davidaforch.com, to help organizers anticipate audience size.

“I was very impressed with the calm persistence of these young adults in wanting to have their voices heard, and to move beyond protests and into policies. They are angry and frustrated, but understand that peaceful dialogue is the first step to systemic change,” said Russell.

Barbara Danforth is a 15-year resident of Cleveland Heights' Forest Hill Historical District. Former chief prosecutor, City of Cleveland; and former CEO of YWCA Greater Cleveland, she is assisting Russell in facilitating these Town Hall gatherings. Currently an executive coach with a focus on career coaching for emerging leaders, Danforth welcomed the opportunity to work with young adults in addressing the issue of racism in America.