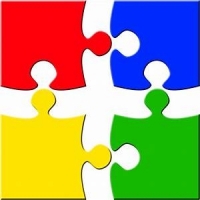 One day, in May of my 11th-grade year at Heights High, the unit principal calls me in and sends me to the school psychologist because of something I had written on a vocational preference test that they couldn’t comprehend. (Cleveland Heights was more conservative then than it is now.) The psychologist is waiting for me in, of all places, one of the instrumental music department’s little practice rooms.

He tells me to sit down opposite him at this little table. He ruffles through the papers and says he’s going to give me a bunch of words and that I should tell him the opposite of each word. We start that, but it gets boring right away, so after about the 12th word, when he says, “ineffable,” I say, “That doesn’t have an opposite.”

He says, “Well, that’s just the way I feel.” I say, “Have you talked to anyone about that?” Then I say, “What’s the opposite of ‘what’?” He thinks for a few seconds and says, “It doesn’t have an opposite.” I say, “Really? I heard that every word has an opposite.” He says, “We need to move on.”

He says, “Cucumber is a funny word?” I say, “Yes. First of all, it has that ‘k’ sound at the beginning, which is always funny. And, I mean, think about it. Say the word. Listen to it. Cucumber. That might be the funniest word in the English language. Cucumber.”

I’m just trying to kill time, but every time I say "cucumber," he looks more and more like he’s trying not to smile.

He goes to another test. This time it’s a jigsaw puzzle, but it has only 18 large pieces. I see that he has a stopwatch in his hand, but he’s not starting it, so I figure he’s waiting for me to pick up a piece before he starts it. I sit there and put the whole thing together in my head. Then I pick up the first piece, he starts the watch, and I put the puzzle together in four seconds. Which he enthusiastically notes on his pad.

Then I look at him and say, “Cucumber.” Which catches him off-guard, and he actually laughs. I say, “You know, there’s a joke about that.” And he says, “Well, let’s save that for another time." So I say, “A man walks into a doctor's office. He has a carrot up his nose, a banana in his left ear and a cucumber in his right ear. He says to the doctor, ‘What's the matter with me?’ The doctor says, ‘You're not eating properly.’”

The psychologist tries hard not to laugh, but he does, a little bit, but he suppresses it.  He says, “Okay, let’s . . . ” I tell him another cucumber joke. He really wants to laugh now, but he’s still holding it in. The principal opens the door and says, “How’s it going? It’s time for David to go back to class.”

The psychologist says, “I want you to see something.” He tells me to put this new puzzle together. So I immediately pick up a piece, and he starts the stopwatch. I try putting the piece together with some random other piece. I’m putting pieces upside-down, stacking them up five pieces high, making little tents out of some of them.

The psychologist says, “A few minutes ago, you put another puzzle together in four seconds.” I say, “Well, that one was much easier. Plus . . . ,” and I look at the psychologist and I say, "Cucumber.”

He bursts out laughing, and he can’t stop. He becomes hysterical. He’s howling with laughter. The principal tells me to go to class. As I get to the door, I motion the principal out and I say, “You know, this guy has been completely out of control this whole time. I didn’t really know what to do. But, well . . . he’s your problem now.”

And that was the last time Heights High ever sent me to see the school psychologist.