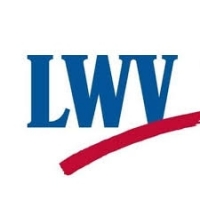 The only requirement is that observers be impartial and unaffiliated with the election campaigns of individuals seated in the body covered. Observers do not participate in public comments before the body they cover, unless the LWV authorizes them to do so.

While the reports are published in the Heights Observer, one doesn’t have to be a literary master—the LWV has templates and editors ready to help.

Commenting on her experience as an LWV observer, Blanche Valancy noted, “Observing has helped me personally understand the old adage that all government is local. Observing Cleveland Heights City Council for approximately a decade and a half has given me a deep appreciation of the intelligence, ardor, and dedication of the citizens who are elected to govern the city. In groups of seven, I have watched as, during difficult times, they have dug in to find economies that will stretch income to cover expenditures, with empathy for the needs of the citizens who elect them and those who work for the  city.”

Betsy Tracy, an LWV observer of Heights Libraries board meetings, said, “I have learned so much about how the libraries operate and their role in the community. I enjoy being able to share information about the libraries with CH-UH community. I was given training and support to do this observer role, so I am comfortable with the task at hand. Most importantly, my observations are edited by someone else, more experienced in writing than me, so I am always assured that what I write up will be readable and presentable.”

Non-members can volunteer to help with LWV activities, but the league prefers observers to be members. To expand both membership and involvement, the Heights Chapter is ready to grant any new observer, who is not already a member, a one-year membership (value is $60) in the LWV of Greater Cleveland, with a Heights Chapter affiliation.

The LWV’s mission is empowering voters and defending democracy. Members do that by encouraging active participation in government, protecting and expanding people’s access to elections and their government, and providing information people can trust. For the latter objective, LWV observers monitor local governing bodies to observe not only what is happening but also whether our public officials are operating effectively and transparently.

When it is not possible for an LWV observer to attend a meeting, the observer can watch video of the meeting instead.

To learn more, send an e-mail to heights@lwvgreatercleveland.org.

Maryann Barnes is chair of the Heights Chapter of the League of Women Voters of Greater Cleveland.