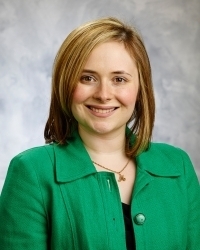 A March 20 CH council update, found in the March 23 CH City Council meeting packet [note: all March 22­–28 city of Cleveland Heights meetings were cancelled], included the notice that the application deadline for the vacant city council seat has been extended by two weeks. The new deadline is April 6, at 5 p.m.

The application can be found online at www.clevelandheights.com/1085/City-Council-Application.

Asked how the deadline extension came about, at a time when council members, like others, are engaged in social distancing, CH Mayor Jason Stein explained, "I reached out by phone to individual council members (between March 18 and 20) to solicit their support for the extension. Considering the unprecedented COVID-19 situation, I felt it was appropriate and necessary to extend the application deadline by an additional two weeks. Residents are busy adjusting to the new reality, and should be focused on their family health and well-being. Potential applicants now have the opportunity to focus some time and energy toward considering the vacancy and submitting the application online."

The open council seat was formerly held by Melissa Yasinow, who resigned at the beginning of the March 2 CH City Council meeting, effective immediately. Yasinow provided no explanation for her resignation.

In their March “Heights of Democracy” column, published by the Heights Observer on Feb. 26, Deborah Van Kleef and Carla Rautenberg reported that Yasinow’s Cleveland Heights home was scheduled to go on the market on Feb. 27, and that a Chagrin Falls home that she and her husband had contracted to purchase in December, with a March 3 closing date, was no longer on the market.

On March 3, Stein said that Yasinow had not shared with him her intention to resign prior to her announcement at the March 2 council meeting. He said that council would discuss the process and timeline for filling the vacancy at its March 9 Council Committee of the Whole meeting.

On March 10, city council announced that it had posted the application on the city’s website, with a March 23 deadline. In the posting, the city provided no specific timeline for selecting a new council member.

Stein stated in the original posting: "This will be the same open and transparent process that was used in 2019. Council will review all applications and each applicant will be videotaped and asked 3 pertinent City questions by members of the League of Women Voters. All applications and videos will be posted on the City’s website.”

After selecting finalists from among the applicants, council plans to “personally” interview them. On March 25, Stein stated that council would consider remote-interview options, if necessary.