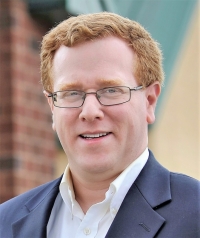 In his new role, Koonce will oversee all fundraising, development operations and communications for BGCNEO, an organization created last year by the merger of clubs in Cleveland, Akron, Lorain County and Erie County. BGCNEO serves more than 8,600 kids at 39 locations, providing safe, fun, after-school places for kids ages 6–18, focusing on healthy lifestyles, academic success and character.

“Robert has done an outstanding job of building strong relationships with our donors and connecting them to our mission,” said Ron Soeder, BGCNEO’s interim president and CEO.

Koonce, who earned his undergraduate degree in classics at Case Western Reserve University and a master’s in theology from St. Joseph’s College of Maine, has worked in development at University Hospitals, Western Reserve Land Conservancy and the Cleveland Museum of Natural History. At BGCC, he helped build a development program that enabled the organization to expand to 14 clubs serving 900 kids per day.

Koonce also is president of the Board of Trustees for Home Repair Resource Center, is a trustee for Lake Erie Ink, and is board secretary of the Ko K Yo Foundation,which builds schools in rural Ethiopia.

Ken Wood is a former Sun News writer and Suburban Journalist of the Year for the U.S. and Canada. He is communications director for Boys & Girls Clubs of Cleveland.