Cleveland Heights sees national Census as a priority and opportunity 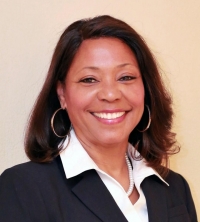 According to the U.S. Census Bureau, thousands of Cleveland Heights residents are predicted to go unaccounted for by the survey. For each person not counted, the city is estimated to lose between $1,800 and $2,700 annually in federal funding, which means that it could miss out on millions of dollars in government spending over the coming decade. Programs directly affected by the outcome of the census count include Medicaid, Medicare Part B, SNAP, special education grants, National School Lunch program, Head Start/Early Head Start, foster care, health care programs, and public housing.

Russell is convening a hiring session at which Cleveland Heights residents can apply to be census workers, on Feb. 8 at 10 a.m., at Imani Temple Ministries, 2463 North Taylor Road. Census takers will be paid up to $22.50 per hour. In addition, representatives from Cuyahoga County will be on hand to help residents aged 65 or older apply for the Homestead Act tax exemption.

Why be counted? The framers of the U.S. Constitution chose population as the basis for sharing political power, not wealth or land. By being counted, Cleveland Heights residents stand to get their share of a $675-billion pot of federal money for development, transportation and schools—all of which help make Cleveland Heights a desirable place to live.

The U.S. Census Bureau will send out invitations to participate in the survey in mid-March, with the official count starting on April 1. Residents can answer the census questions online, by standard mail, by phone, or through an in-person interview.

To RSVP to the hiring session, e-mail councilwomanrussell@gmail.com. For more information, call 216-333-3137.

Joel Moss is a MSSA/MNO intern at FutureHeights. Hannah Morgan serves as an AmeriCorps VISTA to FutureHeights