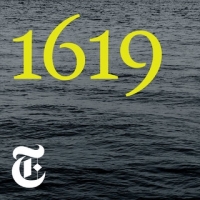 On Sept. 30, Heights Libraries hosted a “1619 Project” discussion group. It was so popular that the library system is planning additional discussions, in November and January.

The 1619 Project is an initiative by The New York Times that re-examines the history, and lasting influence, of American slavery on our society. The New York Times published a special edition of its Sunday magazine devoted to essays that re-frame economics, medical care, popular culture, and the legacy of racism. The essays served as a launching point for the discussion.

“While we anticipated a large turnout, we were completely overjoyed to welcome 93 people to our program,” said Adult Services Librarian John Piche, who organized and oversaw the discussion. “It was the largest turnout for a library-hosted discussion this year and, due to the size of the turnout, we had to break into two large groups.”

Piche said the discussion of the “1619” essays, which followed a curriculum designed by the nonprofit Pulitzer Center, was honest and informative, and participants shared their opinions as well as family histories and personal experiences.

“Participants [in] the discussion groups stood in the parking lot long after the library closed to continue sharing and talking,” said Piche. “Because of this, we’re continuing the discussion by adding more program dates.”

The next two discussions will be at 7 p.m. at the Lee Road branch, 2345 Lee Road, on Monday, Nov. 18, and Monday, Jan. 27. Copies of the 1619 Project essays will be available in the Lee Road branch lobby, on the 1619 display. Staff at the Coventry Village, Noble Neighborhood, and University Heights branches can print copies for interested customers.