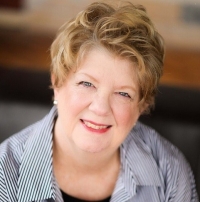 Net proceeds of the June 14–16 performances of “Living on the Moon,” a one-woman play written and performed by Molly McFadden, will benefit memory care programs managed by Benjamin Rose Institute and its affiliates. The performances take will take place at Ensemble Theatre, 2843 Washington Blvd., in Cleveland Heights.

The one-act play explores the bittersweet journey McFadden shared with her mother, after her mother’s diagnosis of Alzheimer’s disease in the 1980s. Drawing on a lifetime of producing, acting and singing professionally, McFadden’s play brings meaning and light to her late mother’s story.

Village in the Heights, a sponsor of the performances, supports active older adults of retirement age who wish to live at home as long as possible.

“Alzheimer’s and dementia-related illness affects all Americans directly or indirectly,” said Paul Sobel, executive director of Village in the Heights. “Everyone who reads this has known or will know someone suffering from dementia.”

Ensemble Theatre’s Celeste Cosentino commented, “We want to spread the message of Molly McFadden’s heartfelt story—that caring for your loved one as their illness progresses is very hard, but you can still have cherished memories from the experience, as well.”