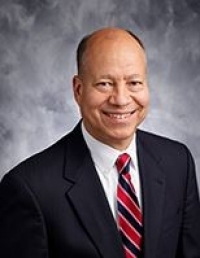 On April 2, Cleveland Heights Mayor Carol Roe announced that Cleveland Heights City Council had selected Craig Cobb to serve as the seventh city council member. Cobb, a longtime resident of the city, fills the vacancy created in November 2018, when Cheryl Stephens resigned from CH City Council after being elected to Cuyahoga County Council.

“We are thrilled to welcome Craig to the Council,” stated Roe, “and believe he will be a great asset to us and to the city. Craig’s knowledge and experience with city government will be immediately capitalized on as we go forward with a number of important issues.”

Cobb, a branch legal office managing attorney for Farmers Insurance Exchange, served as chair of the city’s Planning Commission and a member of the recent Charter Review Commission.

In accepting the position, Cobb said, “I am proud and honored to have been selected to serve the community of Cleveland Heights, a city I love and have called home for many years.”

Council members vetted the more than 30 applicants with the help of members of the Heights Chapter of the League of Women Voters, who conducted video interviews of the applicants, which were posted on the city’s website.

Roe emphasized that council members worked diligently to choose the right candidate, stating, “In the end it was Craig’s experience with city government that directed our decision making. We welcome him aboard and look forward to his contribution.”

Cobb was sworn in on April 15 during a council session. He was appointed to serve through the end of 2019. To serve out the remainder of Stephens’ unexpired term (she was elected to her third four-year term in November 2017), Cobb would have to run in this November’s general election.