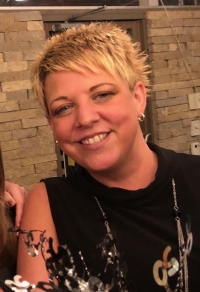 Melissa Lynch is now a partner in Nighttown.

“I am extremely honored to be able to be part of this amazing restaurant and to be working with such a wonderful team and, of course, Brendan Ring,” said Lynch. “I am excited to work with our guests and staff.”

Her goals are to work closely with Ring, to bring Nighttown’s everyday costs down and increase traffic into the restaurant. The partners plan to offer fresh new food items, while keeping the entrees that their regular customers love. Lynch anticipates that small changes in décor will be made, but the familiar Nighttown atmosphere will remain.

A resident of Cleveland Heights, Melissa Lynch, née Bodamer, grew up in Lakewood. She met her husband, Daniel Lynch, while on vacation and married him in 1997. They lived in Biloxi, Miss., until Daniel retired from the U.S. Air Force, after serving for 20 years. They then moved to Cincinnati, and eventually Cleveland Heights.

Lynch has six stepchildren and eight grandchildren, and says of them, “They taught me patience, which has helped my restaurant career.”

The Lynches moved to Cleveland Heights to be closer to Melissa’s brother, Dominic Bodamer, a detective with the Cleveland Heights Police Department. When she was looking for a job, Bodamer introduced her to Ring, and she began work at Nighttown as a server. When the position of event coordinator became available, Lynch interviewed and was hired.

“I was nervous coming to a new city and working for an independent restaurant,” Lynch recalled, “but it ended up being the best decision I ever made.”

Lynch credits her first job, as a restaurant server at the age of 16, with starting her career in the restaurant business. Before Nighttown, Lynch held management positions at Ruby Tuesday and TGIFridays restaurants, and opened new restaurants for both companies. She has worked as a kitchen manager, assistant manager and general manager, and cites her experience in the world of corporate restaurants with teaching her how to budget and cut everyday costs.