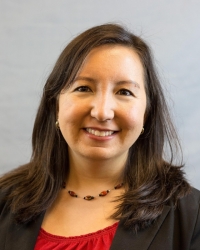 At its Dec. 17 meeting, the Cleveland Heights-University Heights Public Library Board announced the appointment of its newest board member, Annette M. Iwamoto. Her seven-year term begins in January.

At the same meeting, the board honored outgoing Board President Abby Botnick, whose seven-year term ends on Dec. 31.

Chris Mentrek, who joined the board in 2013 and most recently served as vice president and chair of the operations committee, succeeds Botnick as president.

“I’ve used the library since I first moved here,” said Iwamoto, “and I’ll bring to my board service the perspective of a customer who has used the library’s services during different stages of her life, including as a young adult with few resources and as a parent with a young child. I have a strong commitment to supporting and serving my community, and I’m looking forward to putting that commitment to use on behalf of the library.”

Iwamoto has lived in Cleveland Heights for 10 years and is the strategic initiatives manager at Providence House, a nonprofit crisis nursery in Cleveland dedicated to child abuse prevention and family preservation. She is responsible for developing, implementing, and overseeing programs and projects that support the vision of the organization. Originally from Tucson, Ariz., she graduated from Trinity College in Connecticut and later received her Master of Science in social administration at the Mandel School of Applied Social Sciences at Case Western Reserve University. She moved to Cleveland Heights while serving with City Year, and says she fell in love with the area.

Botnick served on the board 2012–18, and was co-chair of the 2014 operating levy committee. That levy passed with 67 percent support from the community, and Botnick said she is proud to have been a part of that campaign: “We are incredibly privileged to be part of a community that absolutely sees the value in our public library and, I think, appreciates the current and future role of the library in a way that so many other communities do not yet . . . I feel thrilled to have been just one small part of this effort in helping to lead the levy committee.”

“[Serving on the board] has been a truly engaging experience where I have been able to see the fruits of our decisions and labors come to life through the amazing talents of our library staff and with the passionate support of the community,” said Botnick. “I could not have designed a better opportunity for community involvement.”