Reverend Don King to retire after 40 years of ministry 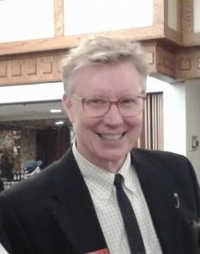 King was ordained in June 1978. He served pastorates in various settings in Michigan, Pennsylvania and Ohio, including a pastorate with the campus ministry at Cleveland State University. He began a call at Hope Lutheran Church on Taylor Road in Cleveland Heights in September of 1999. King served at Hope for 18 years until Hope and Bethlehem Lutheran Church (Mayfield Road) merged their congregations in July 2017 to become Peace Lutheran.

With an awareness and compassion for the needs of others, King has served Cleveland Heights and the Greater Cleveland community in many and various ways. He was the chair and communicator of the Heights Interfaith Council for many years, helping to plan and host several interfaith Thanksgiving services, as well as prayer vigils when tragedy struck the community.

In 2010 he was recognized by the city of Cleveland with the “LGBT Shining Star Faith Leadership” award. He served on the board of Lutheran Metropolitan Ministry in Cleveland for 12 years, advocating for the needs of the poor and underserved. He has held an annual pet blessing service at the church every fall. And for one week each summer, under King’s leadership, Hope Lutheran Church hosted a weeklong Christian day camp, free of charge, for neighborhood children—a camp that Peace Lutheran will continue to host.

King has lived in Cleveland Heights since 1985, in the Buckingham Condominiums at the corner of Fairmount and Euclid Heights boulevards. He plans to remain there following his retirement, “unless the proposed ‘Top of the Hill’ project botches things up,” he said with a smile.

King’s last Sunday serving as pastor will be July 29. He will preach at the 10 a.m. worship service at Peace Lutheran Church. Together, he and Bishop Abraham Allende, of the Northeastern Ohio Synod of the ELCA, will lead the worship service. A celebration in King’s honor will follow the service, and the community is invited to attend.

Jessica Shields is co-pastor at Peace Lutheran Church. She has lived in Cleveland Heights since moving to this region in 2007.