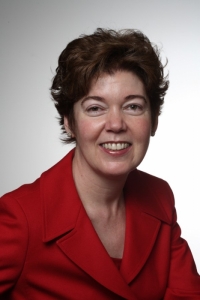 1. Balance of power: The charter establishes the balance of power between the mayor and council. The mayor is CEO of the city, responsible for preparation of the budget, overseeing all city affairs, departments, and employees except the Clerk of Council, and the Law Director. The city council is the legislative body of the city, passes all ordinances/resolutions, approves the budget, and levies assessments. In 2008 the city council established a charter review commission which recommended changing the charter to a city manager form of governance with the city manager hired by and reporting to the city council. In 2009 that proposal was voted down by residents by a 2:1 margin. Residents voted to keep the charter-defined balance of power and I believe in upholding the mandate of our citizens.

2. Turnover: As mayor, I have hired department directors for 7 departments. The length of time they have served ranges from 6 months – 8 years. Two were let go by me. Others left for retirement or better pay in another city. Three positions are considered “hot commodities” due to their specialized nature – service director, building commissioner, and finance director. It is not uncommon for these employees to be lured to other cities with higher salaries. This concerns me. Although I have asked the city council to increase a position’s salary or range, I have not been consistently successful in these lobbying efforts. Allocating surplus revenue for employee salary increases when necessary would help keep good employees.

3. Safety director: Having the mayor serve as safety director in University Heights has been the historical model and one used commonly in cities of our size in Ohio. It is an efficient model and a bargain for the city. I am paid $1 to serve as the Safety Director.  Having two separate people perform these jobs would increase administrative costs.

4. Financial issues: With diminished aid to cities, I seek ways to save money on large municipal purchases. I have participated in efforts with neighboring mayors, the County, and the State to save costs through joint purchases of expensive items such as vehicles, road asphalt, road salt, and gasoline. I have also participated in multi-city efforts that provide dispatch safety services, police SWAT, and economic development. These efforts allow us to provide important municipal services at a reduced cost.

5. Crime: The city ensures yard maintenance, whether for abandoned homes or owner-occupied homes, and will perform the work and bill the owner when necessary. The city does this to uphold the standard of appearance for a neighborhood. The building inspectors and police keep an eye on abandoned properties so that they do not become a nuisance. We also work with the County Land Bank for rehab or removal of abandoned homes. The police chief and I regularly meet with residents to discuss concerns they have about safety. The majority of crimes in our city are shoplifting. I will increase the police budget in 2018 to hire a community police officer as a resource for improved police-community cooperation and safety. With the police and residents working together, I believe that we can help residents feel safe in their homes and neighborhoods.