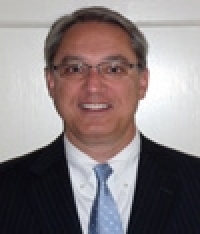 Qualifications: Eleven years as Councilman, born and raised in UH

1. Unique qualities: I want to continue serving on council to start my 12th year because I was born and raised in UH, treasure our neighborhoods and want to be sure they're preserved; including continuing strong safety forces, increased property values, JCU relations and more. Skills and qualities I bring to the table are built on a history of activism resulting in solid accomplishments. As a young parent I built a new Purvis pool and park as co-chair of a grassroots citizens group. While Councilman, the second UH park was built, I began the first paramedic service in UH, and the City budget was balanced 11 consecutive years.

2. Top issues: It is safety, and twofold. First, because the UH fire union is in negotiations with the city for new pay and benefits there has been much negative dialog and propaganda put forth by the union and some Council members. This is in disregard of Ohio union negotiation laws. Secondly, this activity raises false inflammatory fears at the expense of residents. I am working on this issue by negotiating in good faith according to Ohio law and trying to allay the fears of our citizens.

3. Community concerns: I will address community concerns regarding criminal safety by increasing the number of police officers. Fire safety was addressed above. Road and sidewalk quality by directing more funds to this budget line item. Uncared-for properties by stricter enforcement of the housing code.

4. Financial issues: UH has a well-founded reputation for high quality city services. At the same time the city has balanced its budget for the 11 years I have been on Council. I think we do a good job given the circumstances. And with the proper Councilpersons elected, I expect we will continue.

5. UH schools: The public schools in UH are governed and managed by separately elected officials. There are several qualified candidates running for school board this fall and that bodes well for change. UH Council and school board do collaborate on some issues and it is thru ongoing and fluid communication that successes have been accomplished. Private schools are more of a closed book per say. Again, enhancing the relationships with these institutions requires ongoing dialog. I am a graduate of both public and private systems in UH and have sat down to resolve issues with both on many occasions.