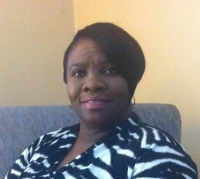 Imagine this: Your father was killed by rebels in front of your eyes, and you fled war with your mother and seven siblings. You have lived in a refugee camp in a foreign country since you were a toddler. Your mother could not afford to send you to school, and each day you prayed that your family would have enough to eat. Finally, at age 20, you—along with your now elderly mother and 18-year-old sister—are resettled in Cleveland Heights, Ohio.

This is the reality of one young refugee who is making a home in our community.

For the past six years, Carla Bailey, the district's refugee school-community liaison, has helped refugees like this young man understand our educational system and figure out the quickest, most efficient way to learn English, complete high school, and move onto the next phase of education and life.

Some refugees have attended school, speak some English, and can read and write. Others come without any formal education or literacy. Whatever their starting point, they all need help with homework and study tips, and making sense of standardized tests and the college application process.

The young man described above and his sister had never gone to school, and could not read or write in their native language, nor speak English. He was slated by the resettlement office to get a full-time job.

In the state of Ohio, refugee students can only attend public school until they turn 22, so he had just one school year to learn as much as possible at Heights High.

When Bailey first met him, she had to show him how to open her car door. “I quickly realized he would need massive support to succeed,” she said. To get started, Bailey met with his guidance counselor to strategically pick his classes, teachers, and even his lunch period. “I wanted him to have a class with the AFS student who spoke Swahili, and a few classes that emphasized social-emotional, cognitive and tactical learning," explained Bailey. "Vocal music and Leadership for Change, taught by Johnnie Lemons, were perfect because students really bond with each other and do lots of talking, listening and problem solving.”

After one full school year, this young man can now speak English, and read, write and comprehend well enough to have recently passed the Ohio driver’s test. He has come very far in his one year living in the Heights. Pencil and paper tests don’t measure this kind of breakthrough, transformational success.

Bailey is extremely proud of this young man and the many other refugees who are working hard to thrive, and says it’s an honor to be a part of their success.

You can support refugee students and Bailey’s work at the Heights High Refugee Support Fundraiser at CLE Urban Winery on Tuesday, June 6, at 7 p.m. CLE Urban Winery is located at 2180 Lee Road in Cleveland Heights. You can also donate at www.gofundme.com/HeightsStudentRefugeeSupport.

Dallas Schubert, a lifelong resident of Cleveland Heights, is a community activist and volunteer.