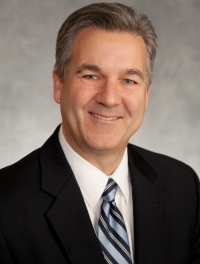 “What do you want to share?” “How are you handling your stress?” “Good luck in school!” “Do you need help with anything?” “You okay today? You’re looking a little low key.” “Seriously, do you need help with anything?” Perhaps these are not questions expected from a Common Pleas judge. But Cleveland Heights resident David Matia is not an ordinary judge, and Drug Court is not an ordinary court.

Drug Court, where defendants undergo treatment for addiction rather than go to prison, was first established in Cleveland Municipal Court in 1997. In 2008 it was expanded countywide through Common Pleas Court.

Matia became interested in the drug court concept after 10 years on the bench. Experience had shown him that addiction was a disease and that prison did not address the true driver of much criminal behavior: drug dependency. "There is nothing fulfilling about sending people to jail who have drug-dependency issues,” Matia has said. “We can serve society much better through treatment.”

Today, Drug Court is in the front line of the opiate crisis. Drug overdose is the number-one cause of accidental death in Ohio, having surpassed motor vehicle crashes for the first time in 2007, and killing five Ohioans a day. The crisis has been developing since 1994, when pain was designated “the fifth vital sign.” Beginning in 1996, the highly addictive OxyContin has been aggressively marketed to manage it. Matia can rattle off shocking facts: A quarter of people who overdose have been doctor-shopping for pills. About half of the people who become addicted to painkillers move on to heroin.

Defendants are commonly referred by prosecutors to Drug Court. Qualifications are three or fewer prior felonies with no history of violence, sex offenses or trafficking. Each client is assessed by a case manager, attends residential or outpatient treatment for 90 days on average and appears in court monthly. Mandates include participation in a 12-step program, meeting with a sponsor regularly and weekly drug testing. Matia’s team consists of case managers, probation officers, liaisons to treatment centers and public defenders. Graduation is earned through at least 90 days of sobriety, completion of treatment and a graduation application packet. Most graduates will not have a felony on their record, which is often a barrier to employment.

Matia takes a personal interest in each defendant, motivating with firmness, humor and appropriate consequences. He is well-versed in the Alcoholics Anonymous (AA) 12-step program and opens court by reading the step of the month. He advises new defendants to read the AA Big Book starting with chapter five, “How It Works.” He reminds them to take “one day at a time” and also advocates for big-picture solutions, such as requiring doctors to check the Ohio Automated Rx Reporting System before prescribing painkillers, to prevent doctor-shopping; obtaining parental consent before prescribing opioids to minors; setting up drop boxes for unused medications and advocating for more treatment facilities and recovery housing, so that people do not have to return to a triggering environment after achieving sobriety. Matia has successfully advocated for the adoption of Medicaid expansion in Ohio and implementation of Cuyahoga County’s Drug Drop Box program.

Dr. Margaret Baughman Sladky, a Case Western Reserve University senior research associate, is conducting an evaluation of Drug Court clients for 2011-14 through a grant. Her outcome measurements have found that, when an array of Drug Court services address housing, employment, a sense of community and the provision of sober-living activities, the likelihood that the individual will return to the criminal justice system is diminished.

Addiction is a disease that, if left untreated, can kill the addicted person or others. Matia sees Drug Court as “preventative medicine,” and indeed he and his dedicated team are saving lives. On a recent Thursday, a defendant told Matia he was going to a 12-step meeting every day. “A meeting a day, really?” Matia asked. The answer: “Well, before, I went to a bar every day. This drug court’s the best thing that ever happened to me.”

Matia and his wife, Monica, a teacher, have three children—two attending Heights High and one a recent graduate. He enjoys both road riding and mountain biking, and the family skis together at Holiday Valley.

If you or someone else needs help with addiction, call the Alcohol, Drug Addiction and Mental Health Services Hotline at 216-623-6888 or First Call for Help at 216-436-2000. You can also look online to find a nearby 12-step meeting offered by an organization such as Alcoholics Anonymous, Narcotics Anonymous or Families Anonymous, for support, strength and hope.

Peggy Spaeth writes about her interests: Heights residents and their impact locally, regionally and world-wide; native flora and fauna; and the disease of addiction. The former director of Heights Arts, she is president of Sober Living Cleveland,a nonprofit initiative to provide sober housing for those in recovery from addiction.