Who should define our community? 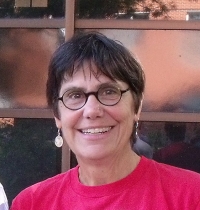 Fifty years ago, the idea of housing integration was akin to a four-letter word. It was, as housing activist Kermit Lind explained to me, “a state of pathological transition.”

Segregation was the reality for nearly everyone living in Cuyahoga County. Single-race neighborhoods and a lack of choice for African Americans were the cumulative outcome of federal law, lending and real estate practices, and cultural norms. It appeared to be a locked system, with no options for change. Cleveland Heights was nearly all white. Only 251 African Americans were counted among 61,831 residents in the 1960 census. Then, everything changed.

In the spring of 1964, as a matter of conscience, Cleveland Heights activists organized Heights Citizens for Human Rights to end the “whites only” real estate norm. Inspired by the civil rights movement, galvanized by the tragic death of Rev. Bruce Klunder at a demonstration challenging the construction of new schools to keep black children segregated in Glenville, Heights residents came together to face discrimination in their community.

These volunteers were creative, relentless, and bold. They circumvented the system by finding homeowners willing to sell on the open market. They developed a script to address every reason given to justify segregation and used it to persuade white homeowners to welcome black neighbors. In 1967 they sponsored more than 40 living room conversations about race, fear and integration. They confronted their neighbors and realtors. They lobbied city council and rallied the community when violence was used to discourage black homeownership. These committed volunteers were not going to let someone else define their community and perpetuate a humiliating violation of human rights. It was citizen activism at its best.

This remarkable work continued for many years. By the 1970 census, there was a six-fold increase in the number of African-American residents—about 1,500. Once the community opened, additional community groups formed to support black access and challenge practices designed to destabilize the integrating community.

Heights Citizens for Human Rights, the St. Ann Audit of Real Estate Practices, the Forest Hill Church Housing Corporation, the Committee to Improve Community Relations, the Heights Interfaith Council, and the Heights Community Congress all came into being between 1964 and 1976. These citizen-led organizations made living in Cleveland Heights a real option for African Americans. They changed the fate and identity of the community. They fought for what was right. In 1976, the City of Cleveland Heights adopted a nine-point plan to support integration as a community value. In this short time integration changed from a pathology to the city’s greatest asset.

After studying this remarkable grassroots effort, I am inspired and awed by how effectively citizens challenged a systemic problem. Organized, determined citizens changed cultural norms, real estate practices and the law! By speaking up, they challenged injustice and opened what had been a closed system.

Injustice has returned. Today it is the use of test scores to judge and label school districts as winners and losers. Standardized tests are not a valid tool for judging education quality. Judgment is not an effective policy for guaranteeing student learning. This system advantages homogeneous affluent communities and punishes communities like ours that embrace diversity. It encourages discrimination and segregation.

School district report cards issued by the state of Ohio are not legitimate. They do not tell what happens in schools nor do they measure what a community values. Starting 50 years ago, Cleveland Heights residents rejected segregation. Now state and federal education policies—poorly conceived and lacking legitimacy—are threatening what makes us special.

In keeping with our tradition of grassroots activism, it is time to say no to the state’s obsession with judgment. Until policymakers focus on meaningful support for public education, we should define for ourselves the attributes of a good education and label as invalid the faceless mathematical construct based on multiple-choice tests.

Local action has begun and is being led by the Heights Coalition for Public Education, a coalition of residents, parents, education advocates and teachers who participated in last winter’s community reading of Diane Ravitch’s Reign of Error. The coalition will sponsor events to raise awareness of the damage inflicted by bad policy on teaching, children, schools and communities. I’ve added my voice to this work. I hope you will too. To find out more and add your name to the coalition’s principles, visit www.chuh.net/coalition/.